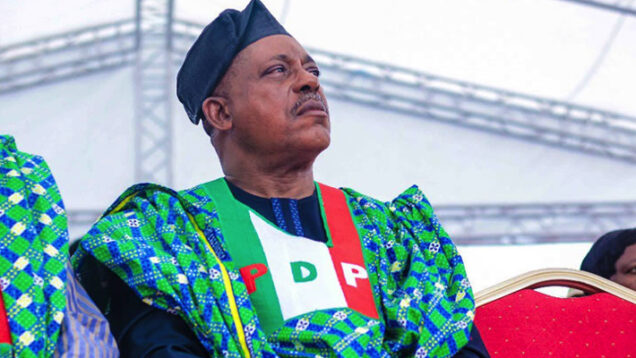 The Port Harcourt Division of Court of Appeal will by noon on Friday deliver judgment in a suit filed by the suspended National Chairman of Peoples Democratic Party, PDP, Uche Secondus, seeking to stop the national convention of the party.

The National Convention of PDP is scheduled to hold in Abuja on 30 and 31 October.

Secondus, had through his Counsel, Tayo Oyetubo asked the Court to suspend the convention and allow him the right to preside over it.

A three- member panel of the court unanimously fixed noon, Friday, October 29 for delivery of the judgment after hearing arguments from counsels to Secondus and other 11 respondents.

Earlier speculations had indicated that Secondus’ appeal was struck out, though the court was still in session.