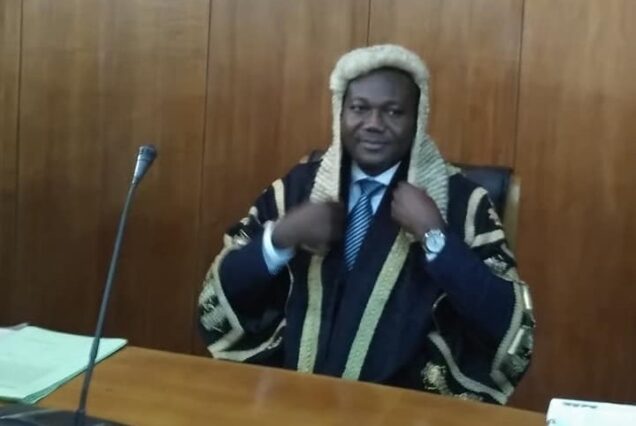 Mr Uche Okafor, Speaker, Anambra State House of Assembly has revealed two things that, according to him, will make the ruling All Progressives Grand Alliance, APGA to win the November 6 Anambra governorship election.

Okafor told journalists at a press conference in Awka on Wednesday that he is confident that APGA has no rival at the moment because the government under the party has successively transformed the economy and social sector of the state.

“I keep telling people that the two good things that will make APGA win this election are; one, the legacies of Chief Willie Obiano.

“His Excellency came into Anambra and revolutionised Anambra. Before His Excellency’s emergence as governor of Anambra, it was like what most states are experiencing now; insecurity, no good road network, salaries not being paid, no infrastructural development but Obiano came and filled all these gaps.

“Salary of workers is being paid as at when due by the APGA-led administration while agriculture has been revolutionised in Ayamelum local government area with giant strides in rice cultivation.

“This has made Anambra East to feed other states in the Southeast through rice cultivation and in other sectors of economy of the state,” he said.

The speaker said that the APGA government under Obiano has excelled in physical development strides through youths empowerment programmes which have assisted to keep them off the streets.

“The construction of the international Convention center, International Cargo airport at Umueri and the provision of effective logistics for security network in the state has boosted investors’ presence in Anambra, so what else do the people want?,” he asked.

Okafor said that the APGA government has done so well if assessed with other state governments in Nigeria. Obiano took the youths out of the streets, that’s what we call curbing anti-social behaviours by creating opportunities for Anambra youths to be gainfully employed.

On physical development, he said, “We are all aware of the Awka City Stadium, the beautiful and standard Radio and State Television stations amongst others.

Okafor urged the residents and people of the state to come out en masse and cast their votes for the ruling party and its candidate, Prof. Charles Soludo, for continuity come the November 6 governorship election in the state.

He assured the people that APGA and its members are ready to deliver on the mandate for quality and purposeful leadership aimed at consolidating on the achievements made by governor. These are aimed at repositioning the state as a leading light among the comity of states across the country.

Okafor said that he was never disturbed by worries in some quarters over the conduct of the gubernatorial election but expressed optimism that APGA and its candidate would emerge strong at the end of the poll.

“I don’t want to be jiggled that there won’t be an election, my party, APGA, is over prepared because we have the best candidate for this gubernatorial election.

“Soludo is a man of high standard, having served as the former Governor of the Central Bank of Nigeria (CBN) and being a consultant to so many international and well-known organisations in addition of being a two-time Economic Adviser to past and present Presidents.

“We have someone that has all it takes to take Anambra state from its present height to another level and this is what I call sustainable project because it is going to sustain Anambra state in years to come,” he said.

He added that defection of some members of APGA is inconsequential and cannot rob the ruling party of victory in the Nov. 6 polls

Okafor said that in a democratic setting like practiced in Nigeria, people are free to enjoy political freedom so as to drive dividends of democracy to the public.

He said that some lawmakers have switched political parties but are still knitted together to achieve its three cardinal responsibility to the public which are legislation, oversight functions and human oriented representations.

“We all emerged as lawmakers from different political platforms and are bonded by oat of allegiance to serve our constituents before our own interest.

“We have remained an undivided body in representation of the people to serve the state optimally, as the Governor, Chief Willie Obiano, visited the chamber to present his 2022 budget.

“We are all gong into the election, we have vacated to enable that members visit their constituencies for electoral engagement, and may the better side win.