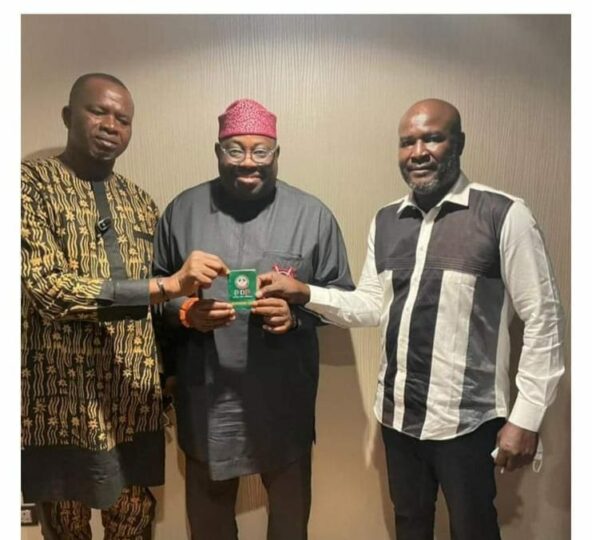 The renowned journalist explained his reasons for the move in a statement issued on Friday.

Momodu said the All Progressives Congress has returned Nigeria to the stone age.

He also apologized to Nigerians for the role he played “in 2015 in bringing President Muhammadu Buhari to power.”

Please read the full statement by Dele Momodu below.

“It is with a deep sense of responsibility and commitment to a unified and developed Nigeria that I have decided to re-enter the political arena and join the fray of active politicking again. I have been very frustrated about the state of our country and the manner the ruling party APC has virtually returned and reduced Nigeria to the rubbles of Stone Age. I have decided to stop my perpetual lamentations and join hands with other patriotic Nigerians to rescue our nation from the brink of a calamitous collapse.

“Therefore, in line with practicing what I have preached for a few years now, I believe that only by joining mainstream politics and becoming a member of one of the leading opposition parties can I hope to make such meaningful difference as I have been demanding of others.

“I have consulted widely. And it is clear to me that given the dangerous and disastrous drift that our Nation has experienced in the past six years, the only Party from which amends can be made to rectify our situation is the Peoples Democratic Party (PDP). This accords with my vehement opposition to the policies and practices of the All Progressive Congress (APC) and its leadership, which has denuded our country of everything we hold dear – National Unity, Cohesion, Security, Economic prosperity, Educational advancement, Social infrastructure, and above all, our cherished moral values.

“For these reasons, I am happy to declare that I am now a full-fledged participating member of the great and patriotic Peoples Democratic Party.

“It is deeply saddening and regrettable that some of the biggest and landmark achievements recorded under the PDP administration have been diluted, wasted or diminished by the present APC Government. I offer my sincere apologies on the role some of us played in 2015 in bringing President Muhammadu Buhari to power.

“I wish to salute the resoluteness and steadfastness of PDP members in staying strong despite the challenges being faced at all levels. I resolve to join the Party, its leadership and other members in redoubling our efforts to making Nigeria the giant of Africa it was once reputed to be. I wish to thank.”