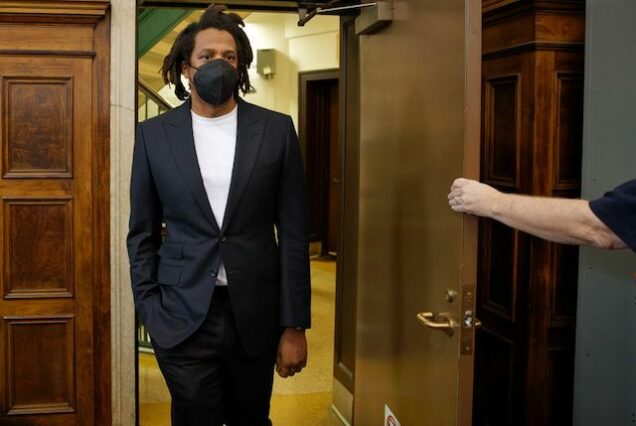 Jay-Z is battling a multimillion-dollar breach of contract lawsuit filed by a perfume company Parlux Fragrances.

Parlux accuses the music mogul, real name Shawn Carter, of failing to meet his contractual obligations as part of the product launch for Gold Jay-Z perfume.

It demands $18million from Carter, although he has also countersued demanding $2.7Million as royalties, which Parlux hasn’t paid.

According to a report in British tabloid, Mail Online, the case was filed in in 2016, but it didn’t say why the hearing came up on Friday at the Manhattan court in New York.

The report said Jay-Z took the witness stand, setting the stage for a series of hostile exchanges with the plaintiff’s lawyer, which ultimately prompted the presiding judge to intervene, reported Rolling Stone.

Attorney Anthony Viola, representing Parlux, grilled Beyonce’s famous husband on his familiarity with his contract and his obligations to his business partners, which included appearing on Good Morning America to promote his cologne.

‘I’m not a lawyer,’ Carter said, admitting that he did not personally read the contract, but added that his legal team likely explained its contents to him.

Carter proclaimed his innocence, declaring from the stand: ‘you have me on trial from something I didn’t do.’

Viola pressed Carter on whether he had made any promotional appearances, as specified in the contract.

‘I did a lot for the Gold Jay-Z launch,’ Carter replied, before going on the offensive and asking whether or not it was true that he was given a year to complete his obligations to Parlux.