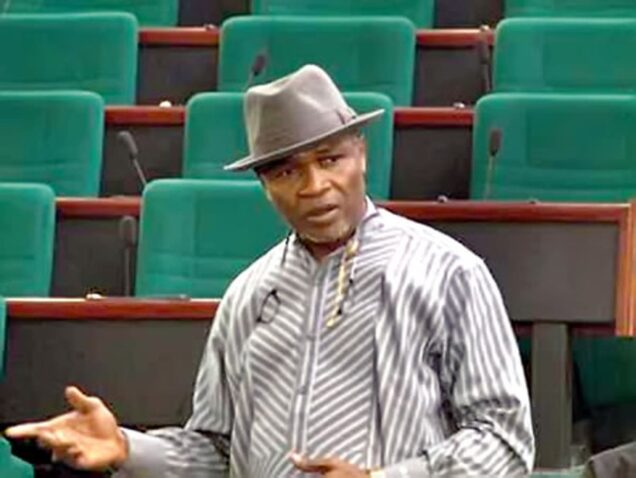 Rep. Kingsley Chinda (PDP-Rivers), the leader of Peoples Democratic Party (PDP) Caucus in the House of Representatives has described the dismissal of the suit filed by suspended National Chairman, Mr Uche Secondus’ against the party as victory for democracy.

Chinda, in an interview with the News Agency of Nigeria (NAN) on Friday in Abuja, said that neither Secondus nor the PDP won the case, saying that the victory was for all Nigerians.

The Court of Appeal Port Harcourt Division, on Friday, dismissed a suit by Secondus, challenging his suspension as national chairman of the PDP for lack of merit.

Secondus had also prayed the Court to restrain the PDP from conducting the forthcoming national convention of the party which the court did not also grant.

Chinda assured that regardless of the outcome of the judgment, Secondus was going to work closely with the party to enthrone good leaders in future elections.

“It is a welcome development and strengthens our democracy to restate that power belongs to the people.

“However, regardless of the judgment, neither PDP nor Secondus won but victory was for the people of Nigeria and indeed democracy.

“I can assure you that the former national chairman of the party will work with the party as the leaders will all meet and sort out the issues whilst not compromising visionary leadership,” he said.

Also, Rep. Nicholas Ossai (PDP-Delta) congratulated the Judiciary and the PDP family on the outcome of the judgment.

Ossai said that it was better for leaders to listen to the decision of the people rather than doing otherwise against their wishes.

“It is a welcome development, this is justice delivery.

“The entire PDP had agreed to process a convention, a party that had given him a lot of lifeline to occupy some sensitive positions from state party chairman, organising secretary up to the point of becoming national chairman.

“It is a good one, sometimes we make compromises, I did not like the way he went to Court, some people may look at it differently, for me, I think he is a strong party man occupying the most exalted position.

“So if the party in general which are the people agree that this is the way to go, all you need to do is to go along, it does not diminish you.