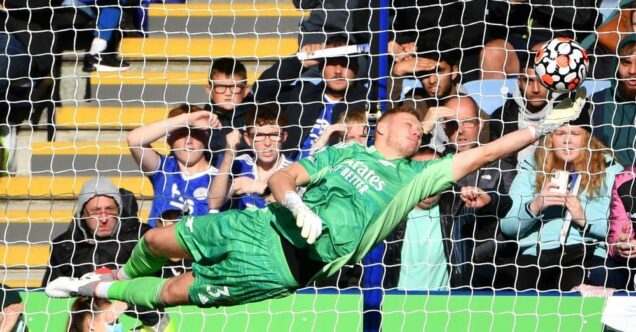 Arsenal extended their unbeaten run to nine games with an impressive 2-0 victory away at Leicester on Saturday.

The performance leapfrogged them to 5th on the table, before other matches of the day.

The Gunners took advantage of a poor first-half display from their hosts, racing into a two-goal lead in the first 20 minutes of the game.

Gabriel scored the first goal just five minutes in the match as he moved unmarked to the front post to meet Bukayo Saka’s corner with an expertly flicked header.

They survived a second-half onslaught from the Foxes, who went close through substitute Harvey Barnes and Thomas.

But they had no clear-cut chances.

Mikel Arteta spoke on the performance of the Gunners afterward:

“We invest money in talent and people that we believe can be great for the future of the club.

“Aaron has had some really encouraging performances. Today he had some incredible saves. It’s only the start.”