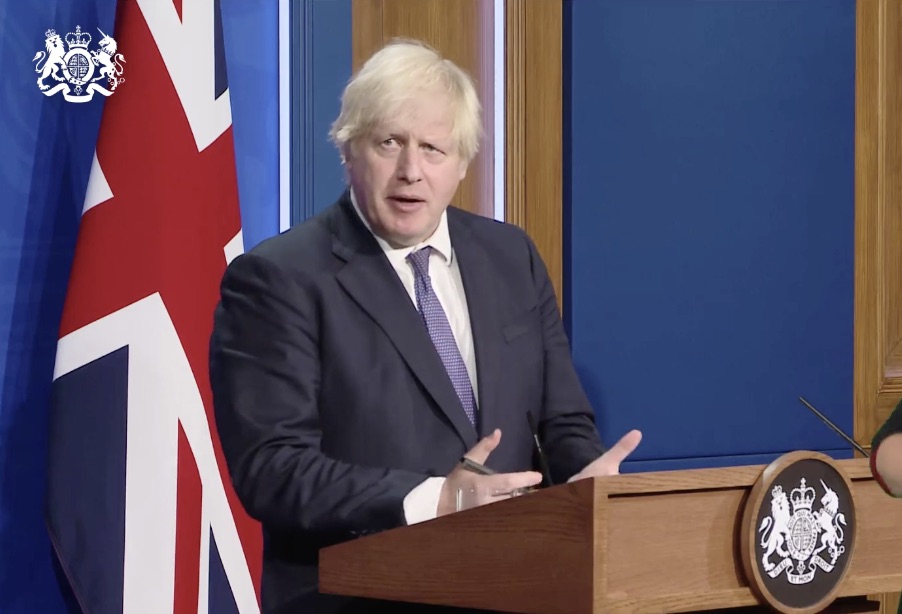 British Prime Minister Boris Johnson warned on Friday that the world civilisation could collapse as swiftly as the ancient Roman empire unless more is done to combat climate change.

Speaking just hours before leaders of the group of 20 major economies start a two-day meeting in Italy, Johnson said future generations risked hunger, conflict and mass migration if progress was not made to tackle climate change.

“There is absolutely no question that this is a reality we must face up to,” he told reporters as he flew into Rome for the G20 summit.

He warned that living conditions could rapidly deteriorate without a collective change of course.

“You saw that with the decline and fall of the Roman Empire and I’m afraid to say it’s true today.”

It is the first time in two years that most leaders of the G20 have felt able to hold face-to-face discussions as the COVID-19 pandemic starts to recede in many countries.

The health crisis and economic recovery feature strongly on the agenda, but the most vital and difficult debate will centre on how far the leaders want to go in cutting greenhouse gases and in helping poorer nations confront global warming.

The G20 bloc, which includes Brazil, China, India, Germany and the United States, accounts for more than 80% of the world’s gross domestic product, 60% of its population and an estimated 80% of carbon emissions.

Many of the leaders in Rome, including U.S. President Joe Biden, will fly immediately afterwards to Scotland for a United Nation’s climate summit. Known as COP26.

The summit is seen as vital to addressing the threat of rising temperatures and consequences like rising sea levels, more powerful storms, worse flooding in some regions and worse droughts in others. read more

“On the eve of COP26 in Glasgow, all roads to success go through Rome,” U.N. Secretary General Antonio Guterres told reporters on Friday.

However, expectations of major progress have been dimmed by the decision of Chinese President Xi Jinping and Russia’s Vladimir Putin to stay at home, unlike the vast majority of their counterparts, and attend only via video link.

Biden’s own hopes of showing that his country is now at the forefront of the fight against global warming took a knock after he failed to convince fellow Democrats this week to unify behind a $1.85 trillion economic and environmental spending package.

The first day of discussions, which are being held in a futuristic convention centre called ‘The Cloud’, will focus on the global economy and pandemic response.

Fears over rising energy prices and stretched supply chains will be addressed. Leaders were expected to endorse plans to vaccinate 70% of the world’s population against COVID-19 by mid-2022 and create a task force to fight future pandemics.

“We hope that we can lay the groundwork for more countries to ensure a broader distribution of vaccines,” German Finance Minister Olaf Scholz told reporters on Friday after a joint meeting between G20 health and finance ministers.

“This is a global crisis that demands global solutions.”

There was also expected to be a lot of diplomacy on the sidelines, with numerous bilateral meetings planned, while the leaders of the United States, Britain, Germany and France were due to hold four-way talks on Iran.

Rome has been put on high security alert, with up to 6,000 police and around 500 soldiers deployed to maintain order.

Two protest rallies have been authorised during the day, but demonstrators will be kept far from the summit centre, located in a suburb built by the 20th Century fascist dictator Benito Mussolini.