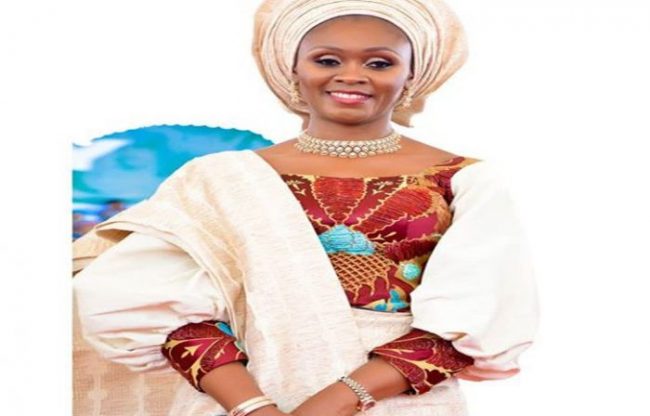 The First lady of Ogun, Mrs Bamidele Abiodun has pledged commitment to efforts end maternity mortality in Ogun by encouraging the employment of more midwives in all maternity homes in the 20 local government areas of the state.

Mrs Bamidele gave the pledge in her address at a town hall meeting organized by Joint Community Development Association (JCDA) and Ogun Women on Maternal Health and Front line Workers in Abeokuta, the State capital.

She also called for joint efforts by all stakeholders for improvement in healthcare delivery system in the rural areas.

“Improving the State of maternal health in the rural areas in Ogun State will require the involvement of all of us.

“We need to give every body an equal opportunity, we need to give a level playing field for women, they are just like us, just vulnerable because of circumstance , it could be anyone of us.

“It is inherent in every society that midwives are present and in abundance and in Ogun we have a rapid decline.

“we should encourage to allow our children to go to school of Nursing.

“By the grace of God I will speak to the Commissioner for Health to do something, she is a woman and she is also passionate about anything that concerns the women, I will also speak to the Governor to do something about employing women”she submitted, she said

Speaking at the occasion, the President National Association of Nurses and Midwives in Nigeria (NANMN), Micheal Nnachi, appealed to the State government to give automatic employments to graduates of the State owned College of Nursing and Midwives as such step will help the state solve its current nursing staff manpower crisis.

In a presentation, Mr Olaitan Jide of JDPC revealed that there are only 215 nurses in the State now serving in the 448 health centers across the State.

He said, “Despite the reiterated commitment to increase the share of health sector financing in the government budget to at least the 15 percent recommended in the Abuja Declaration, this has yet to be achieved.

“Execution of the program budget continues to be plagued by several impediments, including the low absorption capacity, delayed release of funds, non-release of funds, and complexities in the procurement processes.

“Efforts should be scaled up to address these impediments to ensure smooth implementation of the budget and improve budget performance especially for the key program aimed at upgrading primary health care centres, ensuring medical supplies are available and investing more in the training of the medical personnel including those that are charges with the responsibility of ensuring primary health care facilities are clean.

Also, State chairman of the association, Mrs Roseline Solarin opined that a State like Ogun with about three Universities and five colleges of nursing shouldn’t be lacking nurses.

He said that the shortage of nurses is one of the causes of increased maternal mortality in the State, especially in the rural Community.

He said if the problem is solved, maternal mortality will reduce in the State.

He however gave other recommendations to solve the problem saying “Encourage the community to sponsor their children for midwifery training and to serve a bond to work in their rural communities for 2 years before they can be transferred.

“Start the midwives service scheme with better incentives to encourage more volunteers who are professional midwives.
“Employ more midwives into all the 20 local government areas through the local government service Commission or PHCD agency.”