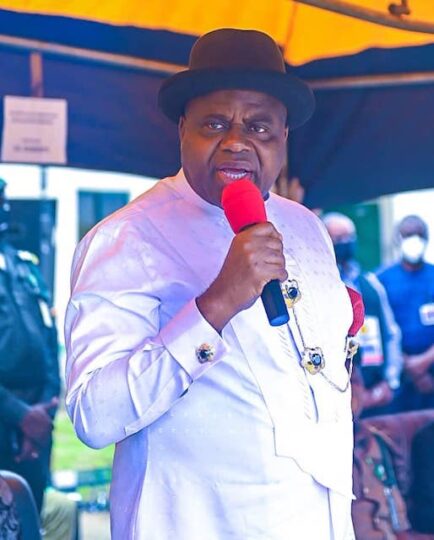 Gov. Duoye Diri of Bayelsa on Sunday in Yenagoa commended security agencies for the swift rescue of an expatriate kidnapped by gunmen.

Diri gave the commendation in a statement issued by his media aide, Mr Doubara Atasi.

The governor said the immediate rescue of the expatriate, an employee of PAACHE Construction Ltd., showed resilience and professionalism on the part of the security operatives.

“The state government is grateful; the security agencies ensured swift response and their effort yielded immediate result,’’ he said.

The governor also reiterated government’s commitment at ensuring adequate protection of lives and property in the state.

“Our government has zero-tolerance for crime and violence. We shall never tolerate crime,’’’ he said.

Diri urged security agencies in the state to trail members of the kidnap gang who might have escaped with bullet wounds during the rescue mission.

He cautioned community leaders against harbouring criminals or providing care for those injured while committing crime.

“As good citizens, we need to support security agencies with intelligence to tackle crime more effectively,’’ he said.

The governor urged investors and residents in the state to go about their businesses without fear, saying: “we are committed to ensuring your safety and security.’’