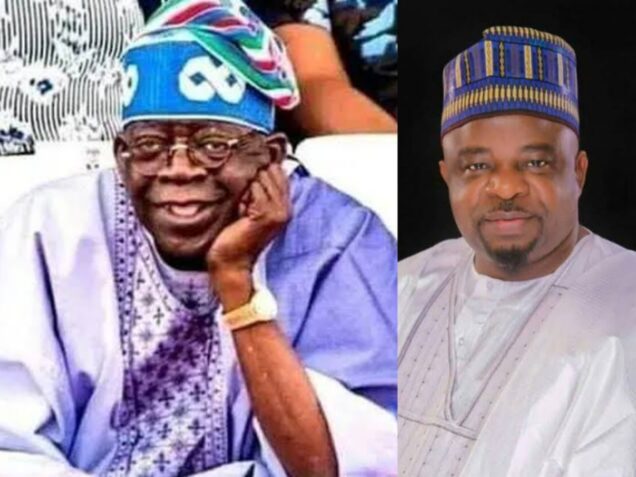 Chidari who reiterated his unflinching support to the cause of Tinubu, expressed gratitude to him for his support during his mother’s funeral.

He promised to continue to put in his best for the Tinubu Support Organization aimed at realizing the project 2023.

Mr Suleiman reaffirmed the commitment of the organisation to the vision of Chief Bola Tinubu.

Suleiman prayed God to continue to protect and strengthen the former Lagos governor for greater services for the Advancement of the country.

“We believe in your political ideologies and shall continue to support your course through the Tinubu support Organization (TSO),

“The Speaker is appointed the North West Coordinator in recognition of his dedication,” he said.

Responding, Chief Bola Tinubu, National leader of APC expressed appreciation for the visit by the speaker and his team, wishing them the best in their endeavours.

He assured them of his commitment to the organisation, and appealed for stronger collaboration.