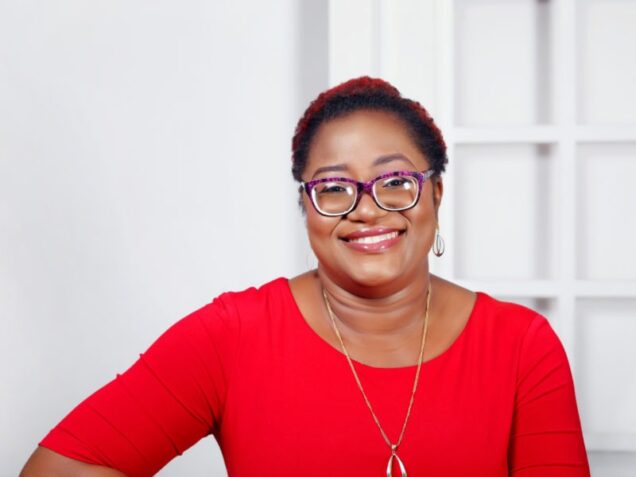 Cheluchi Onyemelukwe, Professor of Law, Babcock University: wins 2021 NNLG Nigeria Prize for Literature for her novel, The Son of the House.

Cheluchi Onyemelukwe, a Professor of Law at Babcock University,  Ilishan-Remo, Ogun State, has been awarded the 2021 NNLG Nigeria Prize for Literature for her novel, The Son of the House. Onyemelukwe was declared winner at a ceremony held in Lagos on Saturday night. The literary prize, the most prestigious in Africa, is worth $100,000.

Announcing the winner, chairman, advisory board of the prize, Prof Akachi Adimorah-Ezeigbo said The Son of the House was declared winner for “its profundity of technique and subject matter as a Nigerian family saga, its thematic depth and social relevance as a commentary on the diversity of collective experiences that shape, hold and mar families in postcolonial Nigeria, and its feminist undertones.”

The Son of the House tells the the stories of Nwabulu, a one-time housemaid and now a successful fashion designer, and Julie, an educated woman who lived through tricks, deceits, and manipulations.

It is a profoundly unconventional novel that portrays the lives of two women in different worlds whose paths crossed during captivity. But they soon realised their path had earlier crossed at various points.

A remarkable feature of the novel is that the tale is told through a mosaic plot structure against the backdrop of modernity and traditional patriarchy, poverty, and neglect.

The journey to declaring Onyemulukwe the winner was not an easy one. It started with the receipt of 202 novels, which were pruned to 50, then 25 and 11 before a shortlist of the final three was announced in August.

The chairperson of the panel of judges, Professor Olutoyin Jegede, is a Professor of Literature in English at the University of Ibadan.

Other panel members include Professor Tanimu Abubakar, a Professor of Literature in the Faculty of Art, Ahmadu Bello University, and Dr. Solomon Azumurana, a Senior Lecturer in the Department of English at the University of Lagos.

The Advisory Board of the Prize also announced the appointment of the International Consultant for this year’s prize, Tsitsi Dangarembga, an acclaimed Zimbabwean author.

Her first novel, Nervous Conditions (1988), was hailed as one of the most important novels of the twentieth century and was included in the BBC’s 2018 list of the 100 books that shaped the world.

Her plays have been performed at the University of Zimbabwe, and her short musical Kare KareZvako, (Mother’s Day, 2005) was screened at Sundance. Her films have also received international recognition.

Meanwhile, the N1m award for the NLNG’s Prize for Literary Criticism went to Uchechukwu Uwazurike.

There was no winner for the prize for science which is also worth $100,000.