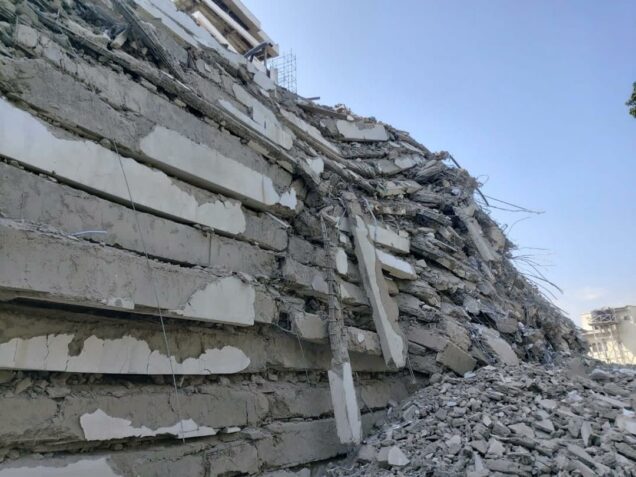 A 20-storey building has reportedly collapsed in Lagos, Southwest Nigeria.

The building was said have collapsed on Monday afternoon at Gerrard Road, Ikoyi, Lagos.

Details are still sketchy as at the time of filing this report.

He confirmed that the collapsed building was 20-storey.

He could not confirm whether people were trapped in the building or if it was under construction.

Osanyintolu said the agency had activated its emergency response plan to the scene of the incident.

“All first responders are en-route to secure the scene while the heavy duty equipment and life detection equipment have been dispatched,” he said.

He promised to give updates later.

*Our headline was corrected to reflect the actual number of storeys.