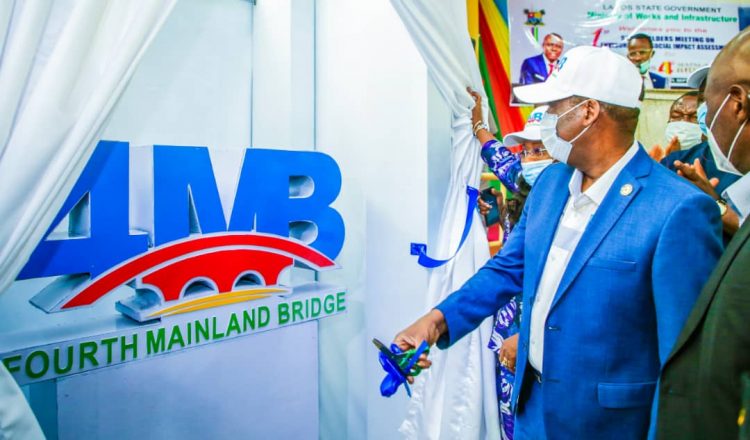 Lagos State Deputy Governor, Obafemi Hamzat, recently said the reasons the Fourth Mainland Bridge had not taken off is that since there would be gridlocks at both ends if the state is not careful, Lagos “needs to build another road that is a bit parallel and that will take off vehicles to other places.” In other words, according to him, the 10 or 11- kilometre road would take traffic from the Lekki-Epe highway and make Fourth Mainland Bridge very viable.

He revealed this when he granted an interview to reporters in Lagos. He said the plan to deliver this project is on. All investors are looking for what is viable. They are not going to bring their money to just build roads for Lagos. They will build with a projection to get something at the end of the project. If it is a Public-Private Partnership (PPP), investors must know what is in the project for them. The Lekki-Epe is a Grade-7 road.

In his words: “What it means is that the road can take the maximum number of vehicles it can take. If we build Fourth Mainland Bridge that takes traffic from it and also brings traffic from Ikorodu back to it, you are populating that road. Therefore, there will be gridlocks at both ends if we are not careful. And as such, we need to build another road that is a bit parallel and that will take off vehicles to other places. That is why we are embarking on that road. It is massive. It is about 10 or 11 kilometres. It allows taking traffic from the Lekki-Epe highway and makes Fourth Mainland Bridge very viable. We are rounding the process of concessioning the bridge. We have three concessionaires shortlisted for the project. They are all international companies.
The Deputy Governor gave further details:
“There are processes for concessions. It is not civil servants that are handling it 100 per cent. Experts are working on it. So, the Fourth Mainland Bridge may cost as much as $2 billion. It is not a project that I can say I know enough. We brought in experts from different parts of the world to come and manage it. They brief us once in a while. It is not a process that is 100 per cent managed by us. We are working with our consultants to make sure that the project succeeds. Initially, there were about six international companies that expressed interest in the project. So, it is difficult for me to mention a specific company because the process is still ongoing. Even now, the companies are coming together to handle the project. There is a Portuguese company. There is a Chinese company. I think Julius Berger is also part of them. I assure you that we will make everything public by the time the final concession is done. Let us wait for the outcome of the process.”