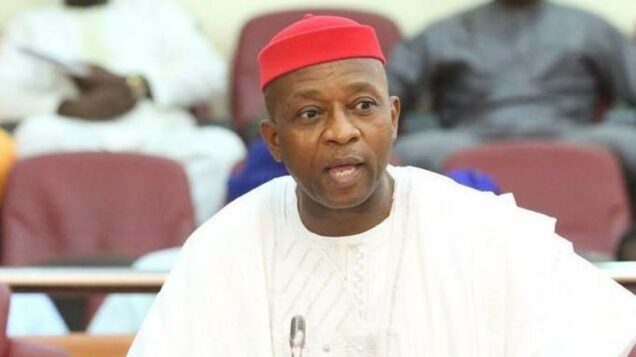 Lagos lawmaker, Mr Jude Idimogu, has appealed to members of the proscribed Indigenous People of Biafra, IPOB to change their agitations strategy and allow the November 6 Anambra governorship election to take place in a peaceful atmosphere.

The News Agency of Nigeria reports that IPOB agitation in Anambra and other Southeast states has led to several killings and destruction of public institutions such as police stations and INEC offices, especially as the Nov. 6 Anambra gubernatorial election approaches.

Due to the activities of the pro-Biafra group, the Federal Government has deployed massive security to the southeast, especially in Anambra, to ensure peace for the poll to hold.

The lawmaker who is also from the Southeast said the strategy of killing and disruption, being currently used by IPOB in its agitations are not working and can neither help the group in its cause.

Idimogu said: “Let us give peace a chance. Let all Anambra people allow the election to take place peacefully because if the election does not take place there will be anarchy which I don’t pray for.

“Even if we are agitating for something, we can use another means and methods. Dialogue is there, not resorting to killing our brothers and sisters no matter what. Life is precious.

“Let there be calm. If I’m IPOB leader, I will use the opportunity I am having to strategise for my people, hold the government of the Eastern zone accountable and dictate for them what I want them to do for the people.”

He described the current approach by IPOB to get Nigeria of their dream as not the best way, saying it will not help the southeast.

According to him, Igbos cannot achieve anything alone in the country, but with collaboration with other regions.

“Igbo cannot achieve it alone, we must work with other tribes and zones by coming together to discuss and agree.

“At the end of the day, they will understand with you and know a better way of solving the problem, not by killing ourselves. It will not help us,” he added.

On the massive deployment of security personnel to Anambra, Idimogu said that no President would act otherwise considering the security situation in the state.

He said: “The government of the day must ensure peace whether we like it or not, peace must reign.

“That is why the Federal Government has sent about 35,000 policemen there.

“You don’t expect the President to do otherwise because money and resources have been invested while planning has been done for many months to hold the election.”

Idimogu said the angry youths should understand that they are killing businesses and livelihood in the region.

“We are not helping ourselves. There is a way out and that is peace, peace and peace.

“I appeal to my brothers there, let us give peace a chance,” he added.