JUST IN: Another building collapses in Lekki 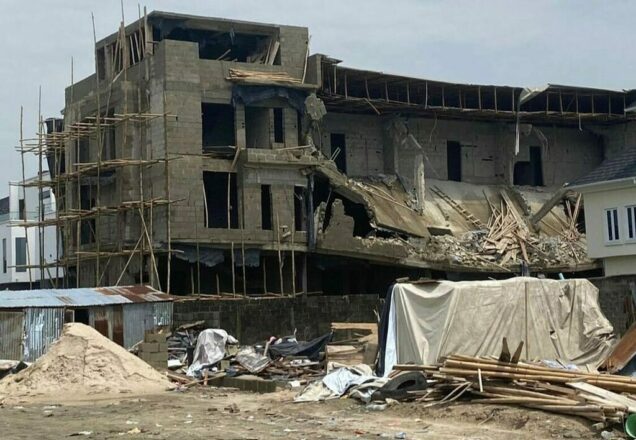 The collapse occurred at Osapa London area of Lekki.

The building under construction partially caved in after Monday’s heavy downpour.

The picture of the collapsed building was displayed on the twitter handle of @SkyGospelNewsT1.

Several calls made to the phone of the Director-General, Lagos State Emergency Management Agency, LASEMA, Dr. Femi Oke-Osanyintolu, to verify the story were not picked.

On Monday, a 21-storey building under construction collapsed on Gerrard Road, Ikoyi, with death toll hitting 14 so far and more people still trapped.