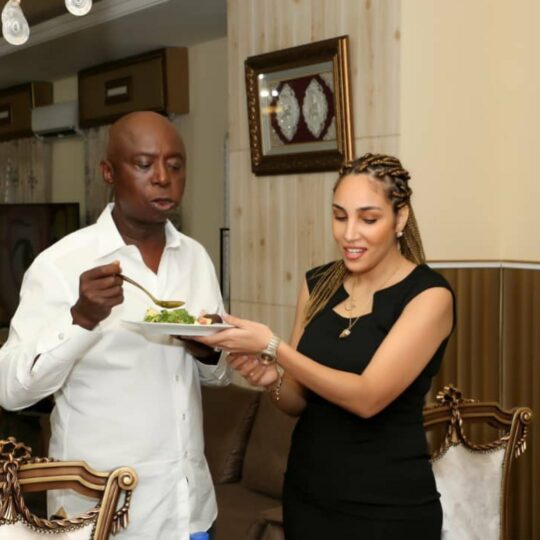 Laila Charani, the fifth wife of billionaire businessman, Ned Nwoko, has revealed that they are divorced.

The 30-year-old made this disclosure in a recent post via her Insta story, urging her followers to respect her privacy.

She appealed to fans and followers to cease talking about her marriage to Nwoko as there is nothing between them anymore.

The model and mother of three said anyone following her because of him is free to unfollow her.

“Hello Guys, I just want to say that no one has the right to talk about my marriage. Please stop talking about people’s lives and I have divorced him already and nothing between me and him. Anybody following me because of him can unfollow please. Thanks. I’ll block any negative comment”, she wrote.

In another post, the lady shared a video of herself driving, suggesting that she has moved on.

“Living my life already,” she wrote.

Her revelation comes while Ned and his sixth wife, Regina Daniels, are on vacation in Jordan.