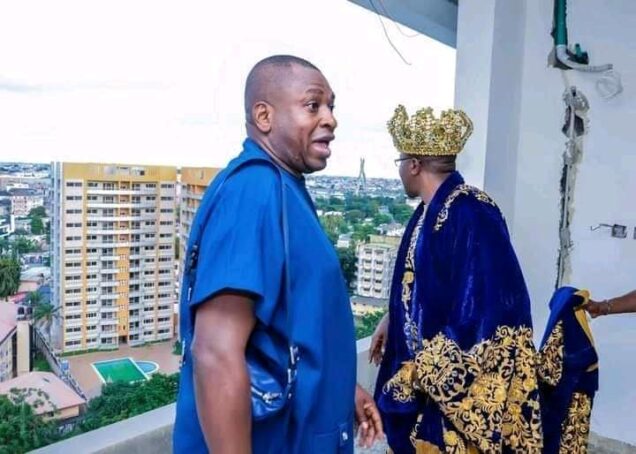 The Oluwo of Ìwo Oba, Abdul Rasheed Akanbi, early last month, was conducted around the Gerrard Terraces, Ikoyi, the building that collapsed, by the developer, Femi Osibona. The building which was under construction on Gerrard Road, Ikoyi went down on Monday, 1 November

The photos were shared on a Facebook page named Telu Initiatives – Greater Iwo Empire on October 9, 2021.
The post described the developer, Femi Osibona of Fourscore Homes as one of the prides of Africa.
Here is the post again: “Oluwo on an assessment visit to one of the best Africa Homes, under construction by the renowned developer, Femi Osibona of Fourscore Homes in Gerald road, Ikoyi. The 22- storey building, 360 degrees home, is access to have a full capacity glance at the whole heart of Lagos. Femi Osibona is one of the prides of Africa in giving the continent an enviable outlook. Getting an apartment in centre Lagos is as prestigious as those of advanced countries.”

The Lagos State Government, yesterday, called for calm over the collapse of the building which was under construction on Gerrard Road, Ikoyi.
Lagos Rescue Unit (LRU), Lagos State Fire Service and Lagos State Ambulance Services (LASAMBUS) were on the site, battling to save the lives of those under the rubble. Three persons were rescued, even as the operations to save more lives continued (and still does). Two more bodies, according to Gbenga Omotoso, Commissioner for Information, were, today, brought out of the collapsed building in Ikoyi
Governor Sanwo-Olu has ordered an investigation into the incident.
The Deputy Governor, Dr Kadri Obafemi Hamzat, also visited the site in the company of other officials, including the Commissioner for Physical Planning and Urban Development, Dr Idris Salako; Commissioner for Special Duties, Mr Bamgbose- Martins; Special Adviser on Urban Development, Mr Ganiyu Adele Ayuba; Special Adviser, GIS and Physical Planning, Dr Olajide Babatunde; Permanent Secretary, Ministry of Physical Planning and Urban Development, Mrs Abiola Kosegbe as well as General Manager, LASEMA Dr Femi Oke-Osanyintolu.
The Deputy Governor directed security agents to cordon off the site to facilitate rescue efforts.
The General Manager of the Lagos State Building Control Agency, Arch. Gbolahan Oki, was also at the scene assessing the site for any likely damage to the surrounding structures.
A report of the investigations will be made public in due course. 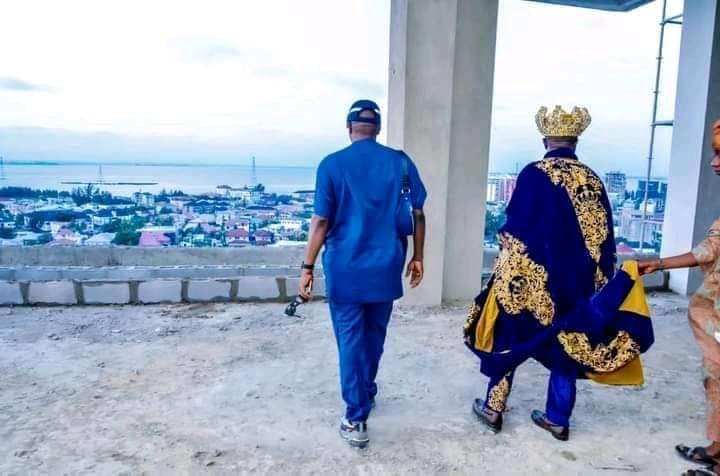