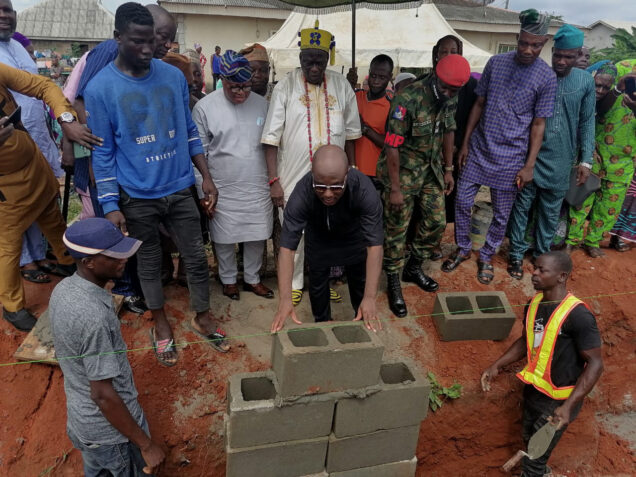 Rep. Babajimi Adegoke Benson, has brought an 80-Bed Mother and Child Hospital to Imota, as part of his constituency projects.

The groundbreaking ceremony was performed on Tuesday, 2 November.

Benson, who is also chairman of House Committee on Defence, promised to continue to do everything possible in facilitating more projects towards the growth and development of Ikorodu Division.

“The Contractor in charge of the project has assured that a fully-equipped medical facility will be delivered in the next four months,” Benson said.

The Lagos House of Assembly Member, Nurudeen Sholaja-Saka, thanked Benson for his laudable gesture, stating that his contributions have truly complemented the good work of Governor Sanwo-Olu in Imota LCDA.

Also, the  Ranodu of Imota Oba Mudashiru Ajibade Agoro, said his dream of having a health care facility in the town has become a reality during his lifetime.

“I am the most happiest person in the world today for what Hon. Babajimi Benson had done to Imota community,” he said.