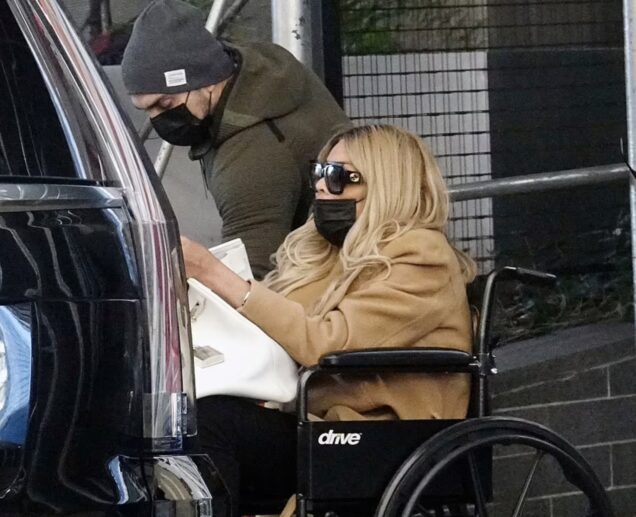 Wendy Williams being wheeled out of her home in Manhattan New York. Photo Daily Mail

American talk show host Wendy Williams has been spotted in a wheelchair as she continues to take time away from her talk show to focus on her health.

The 57 year-old host of Wendy Williams Show, was seen being wheeled from her Manhattan home into a black SUV on Tuesday.

The sighting, according to Daily Mail, comes as ratings of the show are up by 33 per cent, with guest hosts filling in for her.

In September, Wendy first contracted COVID-19, but after overcoming it, it was announced she has some other health complications to deal with.

In an update provided on 12 October, the real problem was revealed.

“Wendy continues to be under medical supervision and meets with her medical team on a daily basis. She is making progress but is experiencing serious complications as a direct result of Graves’ Disease and her thyroid condition.

“It has been determined that more time is needed before she is able to return to her live hosting duties”.

While away, guest hosts have been holding forte for her, with the rating even going higher.

The guest hosts for November include Michael Rapaport, Bill Bellamy, and Jerry Springer.

The show had a 33% boost in household ratings for the week ending in October 24, according to The Wrap.