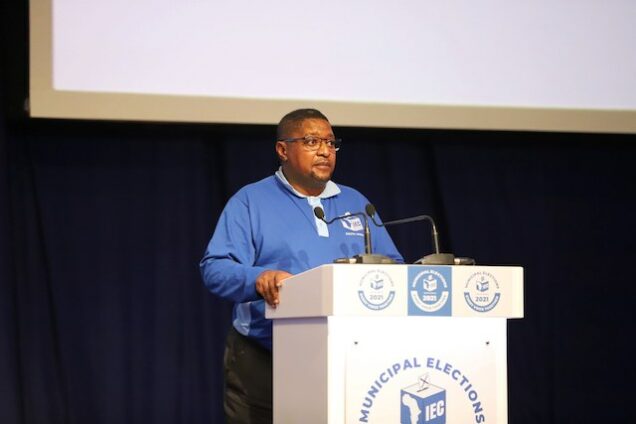 It was the party’s worst election outcome since taking power at the end of white minority rule in 1994.

Figures from the electoral commission put the ANC’s biggest rival, the Democratic Alliance, on 22% of the vote and the Marxist Economic Freedom Fighters on 10%.

The 2016 outcome at the time was ANC’s lowest vote share since the end of apartheid.

Now it has sunk much lower in popularity.

Despite the ANC’s falling popularity, rival parties have not yet been able to capitalise.

The DA is still regarded by many as a party for South Africa’s economically privileged white minority. The EFF, a fledgling Marxist party, is prone to radical and sometimes violent rhetoric that does not appeal to a broad range of voters.

As well as trying to arrest the slide in its overall support, the ANC had hoped to regain control over metropolitan areas it lost to opposition-led coalitions in 2016 including Johannesburg and Pretoria.

But its vote share in both cities fell further to roughly one-third, meaning it will have to form coalitions with smaller parties if it wants to control local government there.

In the municipality that includes Durban, which was rocked by arson and looting in July, the ANC’s share of the vote fell from 56% in 2016 to 42% this time around.

The ANC’s vote share has consistently declined in local elections, often seen as a prime opportunity for the electorate to lodge protest votes, from a high of 65% under former President Thabo Mbeki in 2006.

But the unexpectedly large drop at these elections is a blow to President Cyril Ramaphosa, who has tried to restore confidence in the ANC since becoming party leader in 2017 and faces a leadership contest late next year.

ANC officials acknowledged on Wednesday that the latest result was a message from voters that the party needed to “shape up”.

“It is an unambiguous signal to the ANC from the electorate … people are disappointed in the ANC,” the party’s Deputy Secretary General Jessie Duarte said.

EFF leader Julius Malema, a former ANC youth leader, told reporters on Thursday that the ANC dropping below 50% made him “the happiest man”.

The DA’s John Steenhuisen said his party’s goal was to unseat the ANC at the next general election in 2024.