Newcastle in talks with Eddie Howe 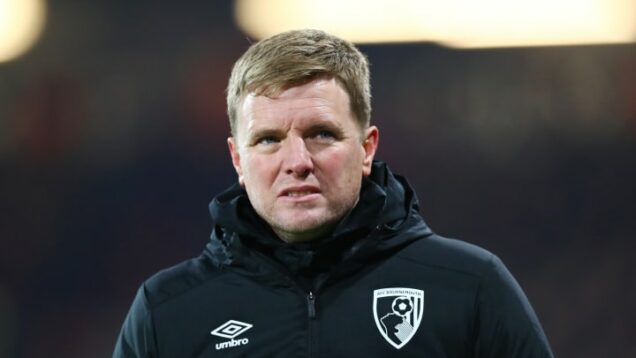 The ex-Bournemouth coach has been out of work since he left Bournemouth after the 2019/20 season when they were relegated from the Premier League.

However, SkySPorts reports he is now being considered after Villarreal manager Unai Emery rejected the chance to move to St James’ Park.

Howe has held talks with Newcastle’s new owners in the past fortnight, as well as with the club’s previous owners before the takeover.

Before now, Howe was linked to becoming coach at Celtic but he turned down the chance to replace Neil Lennon last season.

Newcastle owners are still considering alternative options, with Roberto Martinez and Paulo Fonseca among them.