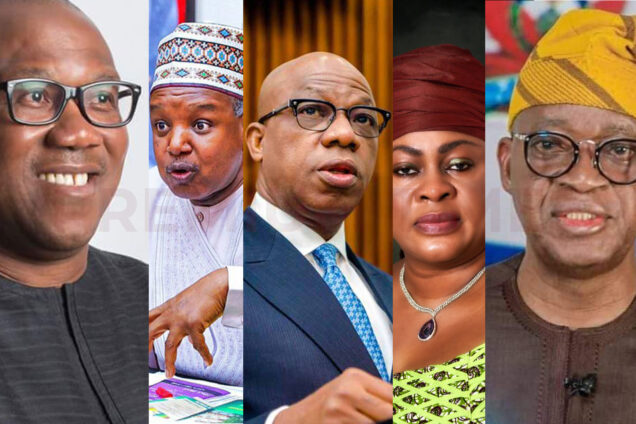 The Chairman, Code of Conduct Bureau (CCB), Prof. Mohammed Isah, has said the Bureau is investigating Nigerians whose names were mentioned in Pandora papers.

They have all denied wrongdoing.

But there have been clamor for the CCB to investigate the public officials because of the suspicion that they may not have declared their ownership of the offshore companies in the asset declaration forms they are expected to fill and submit to the Bureau on assumption of office after their appointment or election.

Also, the Code of Conduct law also barred public officials from engaging in any form of business except farming.

The CCB has the exclusive powers to investigate such breaches of the law and refer them to the Code of Conduct Tribunal for prosecution.

Speaking on the clamour, Isah at a news conference in Abuja on Thursday, Isha noted that CCB law had made it mandatory for public officers to declare their assets before taken the oath of office.

The news conference has the theme: “CCB Assets Verification Exercise: Our Mandate, Our Objective”.

The CCB Chairman therefore said those whose names were mentioned in the Pandora papers were being investigated and if found guilty would be prosecuted accordingly.

He said that the bureau had received briefing on the progress of investigation process and would act accordingly.

Isah urged public officers to guard against false declaration, saying that such public officers could easily be convicted and their property confiscated by the Federal Government.

“The beautiful aspect of this is that the bureau can play its role as the constitution states.

“Once you are convicted, you are banned from contesting for office for 10 years and the president and state governors cannot permit you,” he said.

Isha also solicited the cooperation of public officers on effective conduct of verification of asset declaration.

The chairman said the bureau was working toward having an independent monitoring unit that would ensure monitoring of the lifestyle of public officers.

He said that it had started developing an action plan that would lead to the establishment and implementation of the unit.

“In our efforts to discharge our mandate, CCB inaugurated nine committees to verify assets declaration of public officers.

“In the light of the above, letters were sent to the concerned public officers asking for information but response is not so far encouraging.

“Instead, we have been receiving complaints from different quarters where some public officers believe the bureau is merely targeting personalities.

“Let me use this opportunity to state clearly that the bureau as a constitutional body, will never allow itself to be used by anyone against anybody or authority.

“We are merely discharging one of our constitutional mandates. So we need to allay the fears but emphasised that the cooperation of public officers is mandatory,” he said.

He, therefore, called for more manpower and financial resources to handle the influx of cases in the bureau.