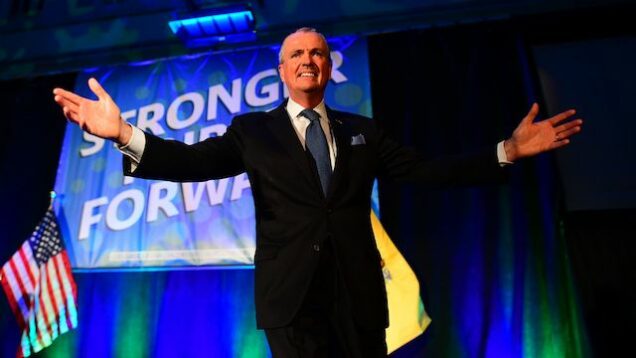 AP called the race Wednesday evening when a new batch of votes from Republican-leaning Monmouth County increased Murphy’s lead and closed the door to a Ciattarelli comeback.

Ballots remaining to be counted included a significant number of votes from predominantly Democratic Essex County, along with mail-in votes spread across other counties.

Murphy won the mail-in vote by a wide margin even in Republican leaning counties like Monmouth.

Ciattarelli spokesperson Stami Williams disputed the call because of the close margin, calling it “irresponsible.”

Murphy delivered a brief speech in Asbury Park’s boardwalk convention hall, nodding to the race’s narrow margin by saying he would work for both those who voted for and against him.

But there was no trace he planned to scale back the left-leaning positions he’s taken during his first term.

“We shall be judged in the long run not by how we fared in elections, but by what we did as an administration,” Murphy said, quoting Brendan Byrne, the last Democratic governor to be reelected in the state.

But Murphy’s advantages, including 1 million more registered Democrats, proved too much for the Republican to overcome.

This year’s elections were the first major tests of voter sentiment since Biden took office and pointed to a potentially painful year ahead for Democrats as they try to maintain thin majorities in Congress.