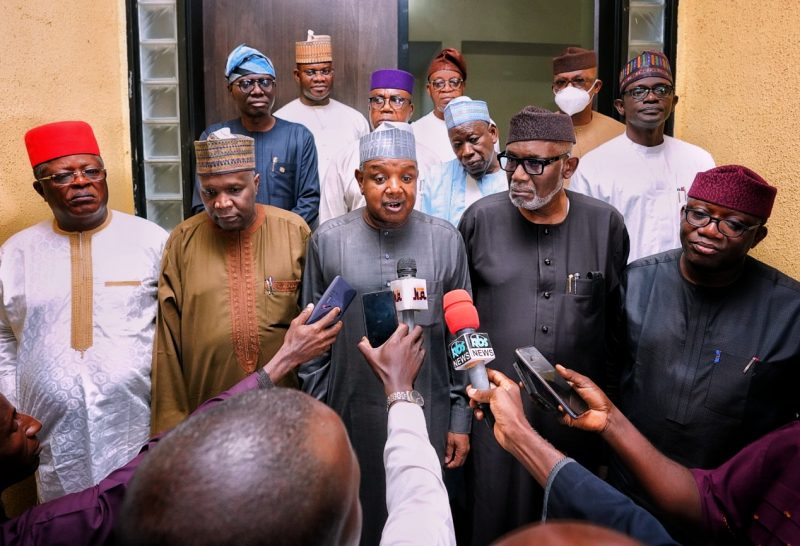 Some state governors: 36 states stop FG from deducting $418M from their accounts

A Federal High Court, Abuja, on Friday, restrained the Federal Government from deducting monies accruing to the 36 states from the Federation Account to settle $418 million judgment debt in relation to Paris Club Refund.

Justice Inyang Ekwo, who gave the order after counsel to the plaintiffs, Jibrin Okutekpa, SAN, moved the ex-parte motion.

Ekwo held that the restraining order subsists pending the determination of the substantive suit.

The 36 states Attorney-Generals are the plaintiffs.

Others are Central Bank of Nigeria, Debt Management Office, Federation Account Allocation Committee, Incorporated Trustees of Association of Local Government of Nigeria (ALGON), among others.

Although four prayers were sought for, Justice Ekwo granted three in the application.

The reliefs sought by Okutekpa include an order of interim injunction, restraining the Federal Government from deducting any money accruing or due to all or any of the 36 states of the federation.

The senior lawyer, who informed the court that the Federal Government had not commenced the deduction of the monies, withdrew the fourth prayer, which asked for a refund of the monies deducted.

He hinted that the deduction was expected to begin in November.

He said despite his clients’ protest against such action, the defendants had vowed to go-ahead with the deduction.

Besides, Okutekpa argued that the states were not party to any contract resulting in such debts.

“That is why we ran to your court,” he said.

Justice Ekwo, who granted the first three prayers, adjourned the matter until Nov. 30 for motion on notice.

“Order as prayed except prayer 4 which the court cannot grant,” he said.

He also ordered that all the defendants be served with the processes.