Aisha Yesufu to Taaooma: You did nothing wrong meeting Osinbajo 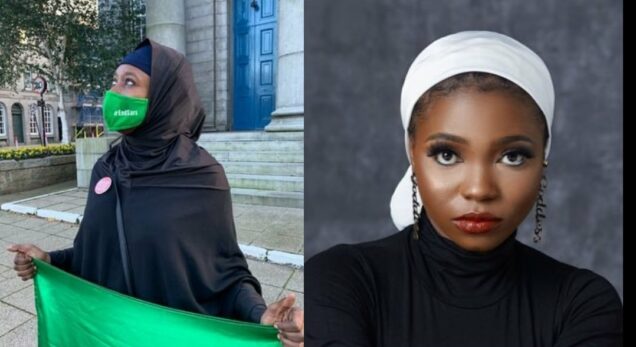 Yesufu took to Twitter on Friday to chide the comedienne for apologising to fans after being trolled for visiting the VP.

The Vice President on Wednesday received on a courtesy call, a delegation of young Nigerian (comedy) Skit Industry practitioners under the auspices of the Nigeria Skits Industry Awards (NSIA), led by its promoter, Bimbo Daramola.

Talking about the visit, Taaooma earlier claimed that she represented the youth, adding that she spoke to Osinbajo about the Twitter ban and police brutality.

However, after being trolled by fans who asked her to show proof for her claims, Taaooma apologised and stated that she couldn’t record the meeting because her phones were collected upon entry at the Presidential Villa.

Reacting to the Taaooma’s apology, Yesufu stated that what matters most was the comedienne’s intention and not what people think.

Yesufu tweeted, “Dear @_Taaooma, you do not need to apologise to anyone! You did not do anything wrong by having a meeting with the VP.

“There are different ways of achieving something. It is never one way and it is okay whatever way one chooses.
Intentions are what count and you know yours!

“Remember the Prophet (SAW) said actions are judged according to intentions and that is all that matters. Your intentions are what should matter to you.

“What people think or say must never matter. What we feel alone with our thoughts is what should matter the most.”