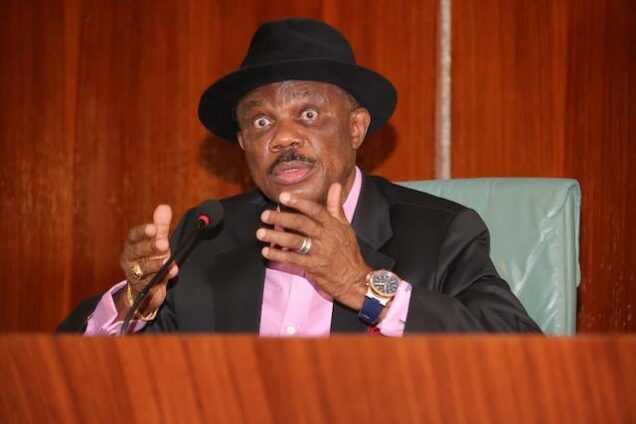 Mr. C. Don Adinuba, Anambra Commissioner for Information and Public Enlightenment, said a report in the public domain that people are leaving the state in large numbers is false.

Adinuba said that instead, the opposite is the truth as a large number of people, especially qualified voters, are pouring into the state to participate in the Nov. 6 governorship election, opening in just a few hours.

He made the claim in a press statement, made available to the News Agency of Nigeria (NAN) early on Saturday in Awka.

He said that the attention of the Anambra government was drawn to a sensational news item claiming that people are leaving Anambra on account of political violence.

He refuted the report, saying that Anambra people are not expressing fears of any possible political violence before and during the vote.

Adinuba said that the report is utterly false, and disinformation, saying “Our people are very conscious of their roots, and so usually register to vote in the state even when they live and work elsewhere.”

He said that many people who work in towns and cities in Anambra usually register in their home communities and with the declaration of Thursday and Friday as work-free days for state employees, many people have traveled to their various places to vote.

Adinuba said that a lot of people have in the last 24 hours been leaving cities and towns for their home communities where they have influence and choose to vote.

He said “It is, therefore, wrong for any news medium to claim that Anambra people are leaving the state in droves for fear of political violence.

“If the journalist who wrote the report claiming an exodus had bothered to seek clarification or explanation of the new development, he would not have written the sensational report.

‘It is surprising that any journalist could file such a report without checking with the government, despite the well-known, open-door policy of this administration towards the media,” he said.

Adinuba said that “It is worthy of note that despite the politically-motivated violence of the last one month, Anambra remains Nigeria’s safest state.”

He said that violence in some other states is endemic, but that of Anambra State is election-related and assured that once the election is over, it will become a thing of the past.

Adinuba noted that even with the election yet to hold, there is practically no political violence in the state right now as Anambra is peaceful and calm.

“I urged all Anambra people to disregard ill-planned reports and come out early to cast their votes for their preferred candidate,” he appealed.