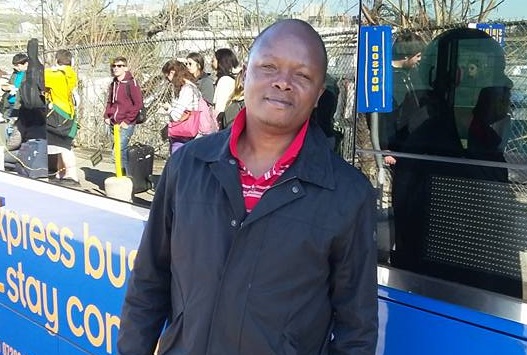 Exercising arbitrary use of power by ordering a citizen’s detention and later playing the gender card appear logically incongruous but sadly, I just experienced such at the National Assembly of the Federal Republic of Nigeria in Abuja.

About nine of us were in a public elevator (NOT the ones specially meant for Honourable members) and being very conscious of others spaces, it was a shock to hear angry outbursts coming from someone who was sideways and behind me. Although I later got to know that she is a member of the House, I was taken aback that the Honourable member was part of what became a crowded elevator and briefly gave me anxieties in view of an encounter with COVID-19 in August 2020.

From the third floor, we rode the elevator downstairs and the really aggressive outbursts only increased till she drew the attention of some visiting officials, one of whom insisted that I apologise, to calm things down. Without being guilty, I apologised and someone close by pleaded with her “in the name of God” but Honourable Tolulope Akande-Sadipe insisted that she was rejecting all apologies. She followed me towards the exit and called on security agents to “hold him until I return”. Where she was going to in the city or what time she was coming back was not known to anyone!

Presently, I have been released on bail by the National Assembly police and as I have been told, I may be “invited” anytime soon. I tried all efforts to dissuade my journalist colleagues from writing about my little experience but the inconsiderate lies and misinformation that greeted me after leaving the police unit necessitate some bit of response.

Without being immodest, as a Chief Correspondent with Chief MKO Abiola’s Concord newspapers in Kaduna during the ‘90s, I was one of those foot soldiers who risked lives and liberty in the struggle for restoration of democracy in Nigeria. For some of us, just one encounter like the one I had on Thursday at the House of Representatives in Abuja becomes a forceful reason to reassess what we fought for with such intense youthful idealism.

Without doubt, a government official’s verbal directive to security agents: “Go and hold him till I return,” does not sound comforting in any way. Arbitrary use of coercive authority is directly in conflict against the tenets of democracy or the rule of law!

Few hours after losing my freedom, I learnt from a fellow journalist that what I am being accused of by Hon. Akande-Shadipe is: “Gender bias and discrimination!”

A message said to be from her reads thus: “Morning this is a case of Gender harassment. He got into the elevator after me. I was talking to a staff of NASS. All I said to him was Please don’t Step back and he turned on me. intimidating me. Because I am a woman. This is a case of Gender bias and gender intimidation. Would he do the same with a male member of the house. I had my ID on.”

Initially, one assumed it was a minor reaction from someone having a bad day but within minutes, it had built up to much aggression and then, the not-so-simple matter of telling policemen and officials of the Sarjeant-At-Arms unit to take me away. Assuming that I am just one of those citizens who can be oppressed and labelled in an unforgiving manner is just a stupid mistake. In my three decades of journalism experience, I had covered various beats, including issues at local police stations, states and Federal Capital Territory police headquarters and even the Force headquarters in Abuja.

Indeed, until recently, I was for several years, the Chairman of the Parents/Teachers’ Association in a primary school attended by my children. And there, the female proprietress, male and female teachers as well as the mothers, who mostly populate our PTA meetings, can attest to one’s sensitivity about children and gender issues.

As a journalist who had boundless opportunities to write news reports and articles, no one has ever brought up such crude, vicious and hateful label against me – at least, until this blessed day when I met Honourable Tolulope Akande-Sadipe who represents Oluyole Federal Constituency in Oyo State.

Most unfortunately, immediately after I was released by the police on Thursday afternoon, a piece of media quackery aimed towards further befuddling perceptions with the gender card was released by one Olufemi Olusada, a fellow based in faraway Ibadan, Oyo State, who describes himself as Honourable Shadipe’s S.A. on Media and Publicity. Where Olusada learnt or practiced journalism is still unknown to several colleagues I’ve asked.

Briefly, Olusada’s accusations in a twisted response are as follows:

That “an aide to the Deputy Senate President, Jide Babalola has been detained by men of the Nigeria Police Force for harassing a House of Representatives member, Hon. Tolu Akande-Sadipe at the premises of the National Assembly, Abuja today.

That “an eyewitness (conveniently unnamed) testified that Jide Babalola made advances towards the House of Representatives member, who politely cautioned him not to bump into her in the legislative house’s elevator.”

That “an eyewitness said Mr Jide Babalola, who is fond of harassing people (?) at the National Assembly’s premises because of his portfolio, came into the elevator while Hon. Tolulope Akande Sadipe was in the Elevator.

That all that Honourable Shadipe said was: “Please don’t step back because you would bump into me” and “reacting rudely, Mr. Jide who felt he is superior to a woman and could intimidate a woman rather than replying politely or adjusting his pose, responded in a demeaning manner.

That I uttered demeaning words like “why would you talk to me like that”; “do you know who I am” using provocative insults.

From there, Olusada went on about her boss urging people to “speak up against the discrimination of women and harassment women face in Nigeria”.

My response is as follows:

As the media hack Olusada rightly stated, I was detained by police based on explicit verbal orders of his boss, Hon. Akande-Sadipe, but in the manner of quacks who write what they don’t see, Olusada in far away Ibadan joined her boss in accusing of harassing his boss! It was his boss who accused me of being about to bump into her – in a public elevator filled with about nine grown-up persons! His boss left the dedicated VIP elevators meant for Honourable members and instead used the one meant for the public and then picked quarrels without anyone’s body touching hers.

With due respect, I believe that the way she flared up while accusing me of being about to bump into her was not fair to me at all. Even though I did not realise that she was a Legislator until we reached downstairs, when she was expressing anger and asking: “Who are you? What is your name?” I smiled and said: “Madam, who are you and what is your name too,” thinking that I could calm things down that way.

Olusada, who appears to have some of the qualities of a dangerous witness, further alleges that I feel “superior’ to Honourable Sadipe”. How can I when I had worked diligently and with total respect for a woman who still remains head and shoulders above many Nigerian politicians in populist representation? I have never seen any reason to abandon my convictions about human rights and equality; even now, being set up for a lynch mob on a pretentious note of gender accusations won’t deter me.

Curiously, in the manner of those who claim membership of the fourth estate of the realm without understanding or imbibing the concomitant ethical responsibilities, Olusada went on to try exploit the gender card to paint me so black. How dare he talk about “speaking up against the discrimination of women and harassment women face in Nigeria” when the sole agenda is to mislead the public and probably end up affirming hardliners’ disbelief about the wholesomeness of gender rights. Must the invocation of gender-based allegations now be used to cover vicious motivations of arbitrary arrest/detention when citizens’ rights are summarily abridged so dishonourably by highly-placed persons?

Nonetheless, we continue to believe in human rights, the rule of law, gender rights and all other essential ingredients of genuine democracy. We should not be compelled to perceive icons of fallacy in this democracy that we all have responsibility to foster further.

We need more champions – men, women and youth – not individuals who seem to be so good at truncating our hope and convictions about possible actualisation of the ideals of progressive politics. And may we not become unwitting victims of power in Nigeria.

. Babalola is a Senior Aide in the Office of the Deputy President of the Senate, Ovie Imo-Agege and can be reached via [email protected]