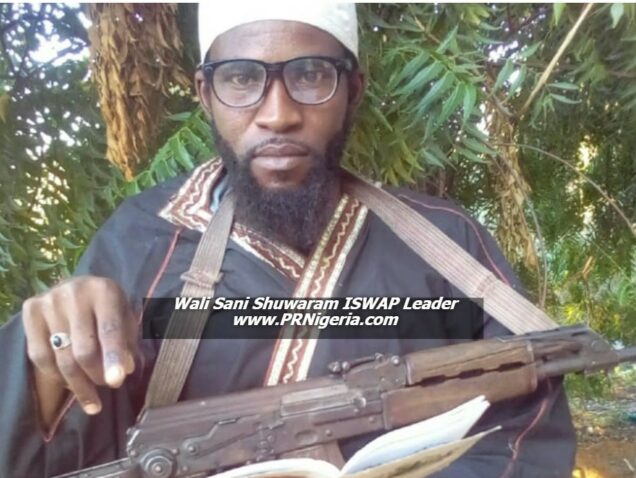 According to PRNigeria, Shuwaram was appointed as the new leader of the group by members of Shura (Judicial) Council of ISWAP.

The website further reported that Shuwaram was sworn by an Alkali (Judge) Bukar Arge, in a brief ceremony in KURNAWA,a remote camp in the fringes of Lake Chad Basin believed to be the de-facto headquarters of ISWAP, in Abadam Local Government Area in Borno state.

It added that Shuwaram would be the fifth officially recognised ISWAP figure by ISIS Central, after Mamman Nur, Abu-Mosab Albarnawwy, Abbah-Gana, Abu-Dawud, also known as Abu Hafsat Al-Ansari and Aba-Ibrahim.

In his new position, Wali is expected to oversee activities of the terror group in Sambisa, Timbuktu, Tumbumma and beyond under the general supervision of the Abu Ibrahim al-Hashimi al-Qurashi, the ISIS Core Leader.

The swearing ceremony took place in presence of ISIS envoys who were on a fact findings and consultations missions on the SHURA Council to find solutions to problems of ISWAP in the axis.

One of the sources said: “The envoys were present at the event to also look at the ways of resolving problems with the ISWAP group which include internal rivalries, discriminatory actions, financial challenges, refusal of Boko Haram to pledge allegiance after Shekau’s death and clashes with Bakoura-led/Buduma JAS group.

“Apart from looking at issues of management of resources and welfare of widows and foot-soldiers, the ISIS is planning to provide logistic supports to ISWAP for special missions in Baga, Marte and Malam Fatori in Northern part of Borno State.”

However, PRNigeria quoted a senior Nigerian military intelligence officer that the counter-terrorism operation would continue not minding the antics of ISWAP in appointment and replacements of its commanders.

“This is not the first time they are claiming to be making new appointments. They can change their commanders millions of times but that will not stop the ongoing military operations geared at destroying their camps, their leaders and their fighters. We are not worried about such development of appointments and reappointments,” the intelligence officer said.