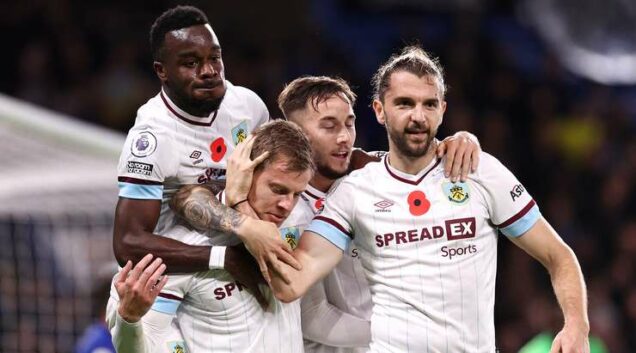 Struggling Burnley held leader Chelsea to a 1-1 draw at Stamford Bridge on Saturday.

Chelsea were wasteful and lacked the bite that Romelu Lukaku could have given them if he was around.

The homers opened scoring on 33 minutes through Kai Havertz.

He burst into the box to get on the end of a whipped in cross from Reece James and scored magnificently from close range into the bottom left corner.

Chelsea continued to dominate possession but lacked the cutting edge to get more goals.

Burnley, rock at the bottom of the table shocked the large spectators at the Stamford Bridge when Matej Vydra equalised on 80 minutes.

Jay Rodriguez provided Vydra with a nice pass inside the box. It allowed him to finish with a precise effort into the bottom left corner.