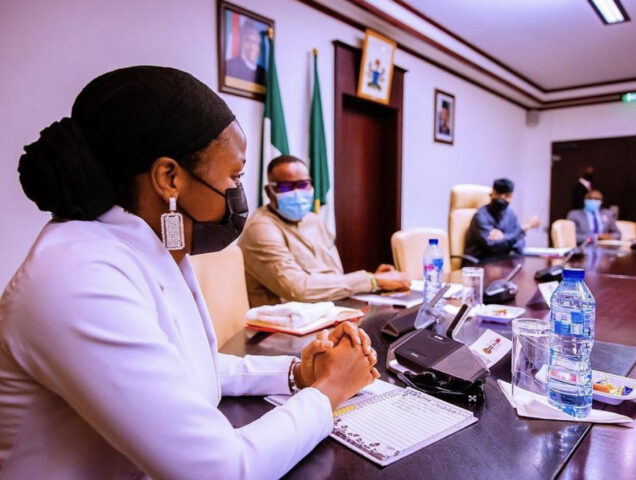 Taaooma, alongside a team of skit makers, had on Wednesday paid a visit to the VP under the aegis of the Nigeria Skits Industry Awards, led by its promoter, Bimbo Daramola.

Talking about the visit, Taaooma earlier claimed that she represented the youth, adding that she spoke to Osinbajo about the Twitter ban and police brutality.

However, she was being trolled by Nigerian youths who believed that there should be no friendship with the present administration after all that happened during #Endsars.

In one of her apology messages, she wrote: “Hey guys, I’m apologizing once again. I had clear intentions and nothing more.”