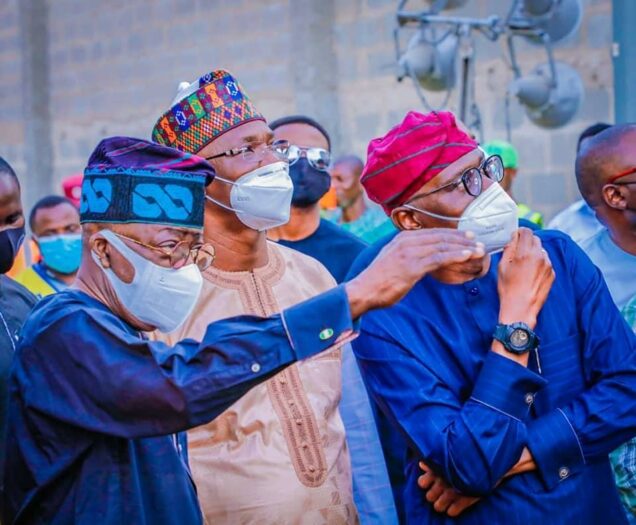 Tinubu, Gov. Sule and Gov. Sanwo-Olu at the site

Bola Tinubu, National leader of the All Progressives Congress, visited the site where a building collapsed in the Ikoyi area of Lagos State on Saturday.

See photos from the visit below: 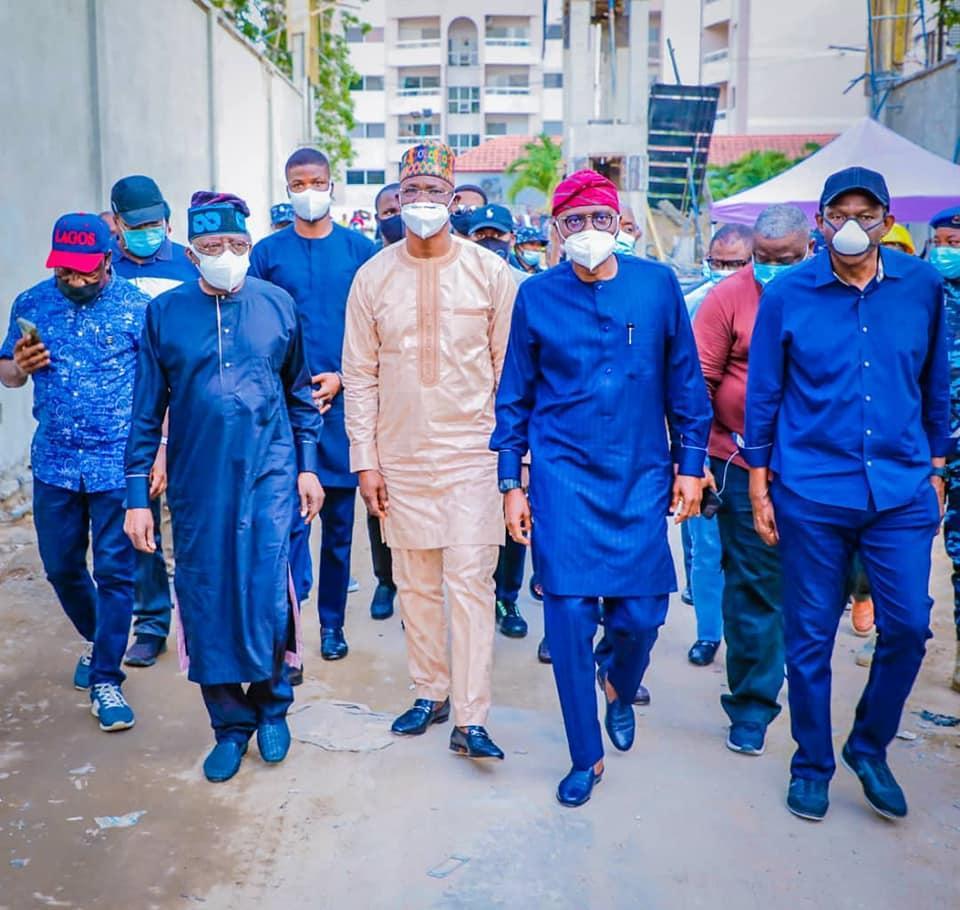 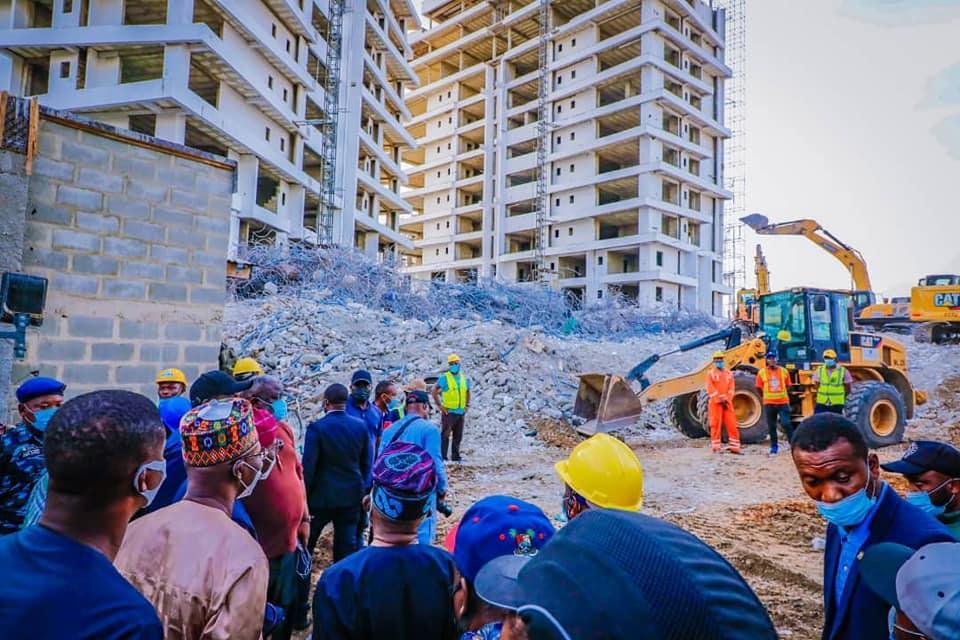 The building collapsed on Monday with many artisans and others trapped in the rubble.

Nine survivors have been rescued from the rubble while the death toll has risen to 38 as rescue operations continue.

Families have also submitted 32 names of those believed to still be trapped in the rubble.

Meanwhile, the Lagos State Government has said families of the victims can now go to the Infectious Disease Hospital, Yaba to identify the corpses recovered from the rubble.