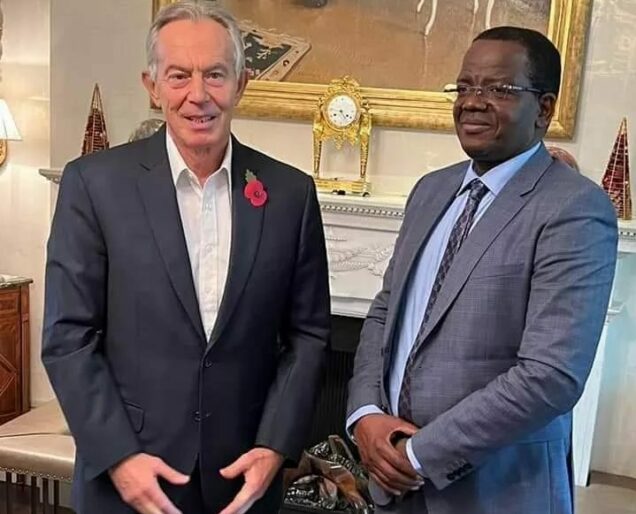 “Blair Institute for Global Change has expressly commended Gov. Matawalle for his cosmopolitan approach at solving lingering crises in the state”,Bappa said in a statement.

“Blair, who received the governor at the Institute in London, said he was impressed by the reach out to the international community by the governor as an added effort at solving the internal crisis facing Zamfara.

“He promised to use his stature to mobilise support, resources and investors to Zamfara as his own contribution and concern for the crises facing the state,’’ the statement read.

“The Institute will assist in the area of security and development,’’ Blair said, according to Bappa’s press statement.

Gov. Matawalle commended Blair and the Institute for their unbridled support for the needy.

“Gov. Matawalle noted the contributions of the Institute to African countries such as Ghana, Togo, Ethiopia, and Cote d’Ivoire.

“We have also seen how this Institute has helped to improve public policy, governance, and service delivery in a number of states,’’ the governor added.

More than 600,000 Internally Displaced Persons live in camps in Zamfara.

More than 186 households have also abandoned their homes and communities to escape from bandits and kidnappers who move in their hundreds to attack, kill and abduct residents for ransom.