Xavi arrives in Barcelona ahead of Camp Nou return 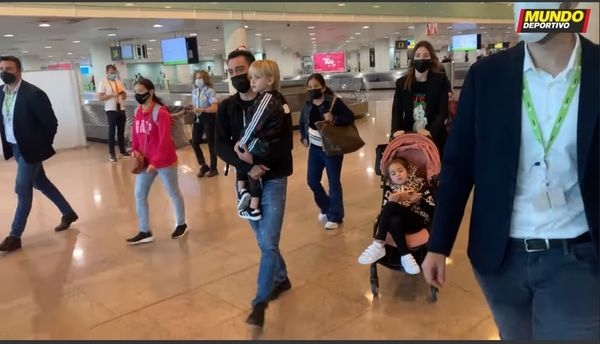 Newly appointed Barcelona coach, Xavi Hernandez has touched down in Spain for his emotional return to Camp Nou.

The 41-year-old departed Qatar for Spain in the early hours of Saturday and he was sighted when he touched down in his homeland.

He also announced he was returning to Barcelona in the early hours of Saturday.

“I’m going back to the place that saw me grow up. I go back to the Club of my LIFE. I cannot describe in words the emotion I feel to once again defend this badge that I carry in my heart, to fell again how Camp Nou shakes from within, and to hear the cries of encouragement from these great fans one again.

“I know I am coming at a difficult time, but I face this challenge with the greatest of hopes. I will work and fight like one of you to get to the place we deserve. Thanks to Barcelona for trusting me again, and all the fans who believe I should take on this important role.