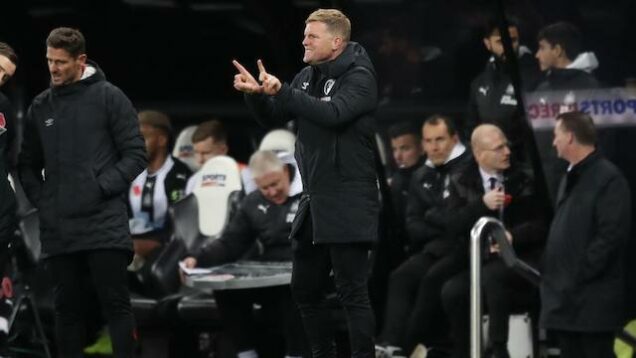 Howe’s appointment marks his return to management as he had been unemployed since he left Bournemouth at the end of the 2019/20 season.

Newcastle announced his appointment initially with a cryptic message on Twitter.

We are delighted to confirm the appointment of Eddie Howe as the club’s new head coach.

“It is a great honour to become head coach of a club with the stature and history of Newcastle United,” Howe said after signing a contract until 2024.

“It is a very proud day for me and my family.

“This is a wonderful opportunity, but there is also a lot of work ahead of us and I am eager to get onto the training ground to start working with the players.

Newcastle co-owner, Amanda Staveley added: “We have been incredibly impressed by Eddie through what has been a rigorous recruitment process.

“As well as his obvious achievements with AFC Bournemouth, where he had a transformational impact, he is a passionate and dynamic coach who has clear ideas about taking this team and club forward.

Howe’s first task at Newcastle is keeping the struggling Magpies in the Premier League before the club can set bigger ambitions for itself.