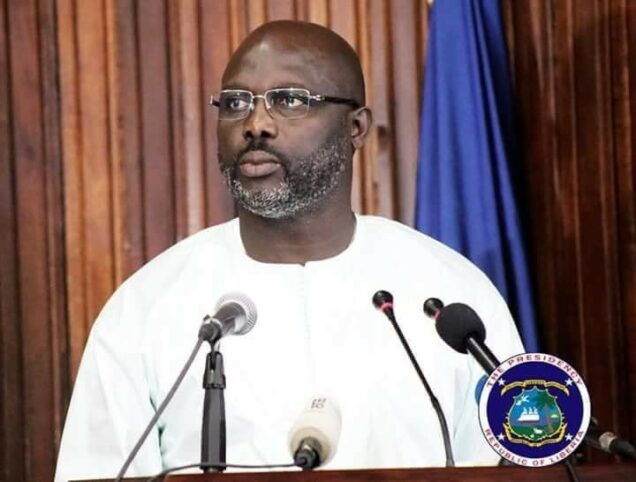 President George Weah has sent his condolences to President Julius Maada Bio of Sierra Leone and his citizens over the fuel tanker explosion that occurred on Nov. 5, in Freetown, Sierra Leone.

Weah made this known in a statement issued by Mr Jarlawah Tonpo, Liberia’s Deputy Information Minister for Press and Public Affairs on Sunday.

Weah said he was deeply saddened by the dreadful loss of lives resulting from the explosion, as he described the accident as a major tragedy for the region.

According to the statement, the tanker was reported to have collided with another vehicle in a very densely populated part of the city, leaving scores dead and many others badly injured.

Weah called on Liberians and West African Citizens to pray with Sierra Leone as the country reels from the consequence of such a terrifying incident.

“The President also extended heartfelt condolences to his counterpart, President Julius Maada Bio, the government and people of Sierra Leone, families of the deceased, and all those impacted by the accident.

“Weah offered Liberia’s full support and assistance as the Sierra Leonean authorities begin efforts to treat the injured and recover the dead.

“The Liberian Leader beseeched the Almighty God to grant solace and respite to the bereaved families while granting repose to the souls of the deceased,” the statement read.