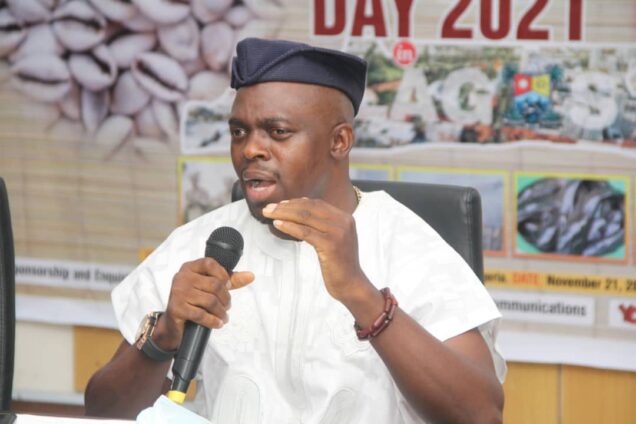 The president of Asa Day Worldwide, Mr. Olaniyi Oyatoye has called on the federal government to harness the potential in the creative and cultural industry to strengthen growth of the nation’s economy.

He spoke at a press conference to herald the forthcoming Lagos 2021 Asa Day celebration being organised in partnership with Lagos State Government billed for November 21st.

It has the theme, ‘Let’s use our cultural heritage to revive our economy.’

He said Nigeria stands a great chance of surviving the current economic lapse, if it could focus more on cultural tourism.

“There is the urgent need for a meaningful and sustainable financing of cultural development by the government and financial institutions, and multinational organisations in Nigeria.

“The arts, culture and tourism sector has been denied government attention and financial empowerment. If properly funded, the creative and cultural industries would enhance and strengthen the growth of the economy as well as contribute to stem youth restiveness and criminality,” he said.

Oyatoye, who was flanked by the Special Adviser to Lagos state governor on Tourism Hon. Solomon Bonu and the permanent secretary ministry of Tourism Princes Adenike Ajayi added that Nigeria could forge a solid partnership with symbiotic foreign countries for culture and tourism in developing and marketing their potential to boost patronage of local and foreign tourists.

“If collaboration and partnership are cultivated between performing artists, museums and states that are blessed with natural and cultural endowments, the resultant cultural tourism synergy will be presented as exciting performances at vital tourist destinations across the country. As a significant tourist destination, museums are the cultural central and memory bank of any nation, including Nigeria,” he said.

“In Africa, South Africa grossed $35.00 billion; Morocco $34.00 billion; Namibia $33.80 billion; Kenya $32.00 billion; Tunisia $31.80 billion while Nigeria trailed with a depressing $2.79 million earning! Indeed, Nigeria ranks 131 out of 141 countries with a tourism competitiveness index in 2015. We are still miles away from the countries that make the money from tourism development in terms of naira and dollars from 2015 to the present.’’

He said there is the urgent need for a meaningful and sustainable financing of cultural development by the government and financial institutions, and multinational organisations in Nigeria.

Also speaking, the Special Adviser to Lagos State Governor on Tourism, Solomon Bonu tasked all cultural enthusiasts to key into the initiative and begin to innovate creative items that can be exported by tourists from other countries whenever they visit Lagos state.

‘’These cultural items should speak to our identity and be resilient as a state and should be targeted towards promoting our uniqueness as a state that places a premium on cultural Renaissance and preservation,’’ he said.