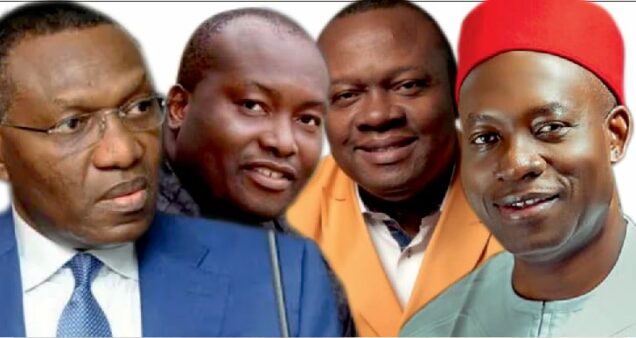 The Independent National Electoral Commission, INEC, has suspended the declaration of the Anambra governorship election results.

This is because there was no election conducted in Ihiala Local Government Area of the State.

Returning Officer, Independent National Electoral Commission, INEC, Prof. Florence Obi said she would not announce the result of the election until a supplementary election is held in Ihiala Local Government.

She therefore announced Tuesday, November 9, as date for the supplementary election in Ihiala LG.

However, Prof. Charles Soludo of the All Progressives Grand Alliance (APGA) has won 18 of the 20 Local Governments election results so far declared by INEC.

The APGA governorship candidate polled 103,946 votes to lead Valentine Ozigbo of the Peoples Democratic Party, PDP, who posted a distant 51,322 votes to emerge second, while Andy Uba of the All Progressives Congress (APC) scored 42,942 votes to emerge third.

The APGA governorship candidate won 18 of the 20 Local Governments declared by INEC so far. He lost in Ogbaru to PDP and Nnewi North to YPP. 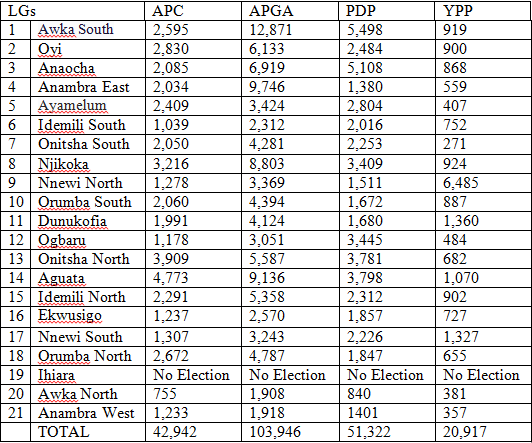