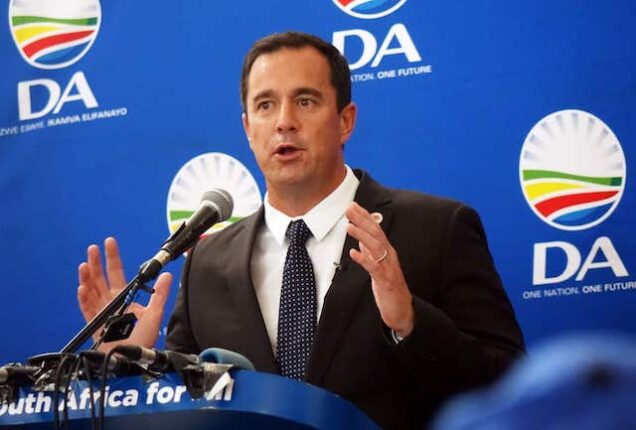 South Africa’s opposition Democratic Alliance (DA) said it will not form coalitions with the ruling African National Congress (ANC) party to govern over a quarter of municipalities across the country.

DA will not enter into any coalition agreement with the ANC and the third largest party Economic Freedom Fighters (EFF), DA leader John Steenhuisen virtually briefed media after the country’s local government elections.

His remarks came in response to the possibility of forming coalitions with other political parties in a total of 66 municipalities where no party achieved a majority in Nov. 1 elections.

Steenhuisen said his party has reached out to smaller parties including ActionSA, the Freedom Front Plus, the ACDP and several others and “put draft coalition agreements on the table.”

The EFF recorded about 10 percent of the votes.