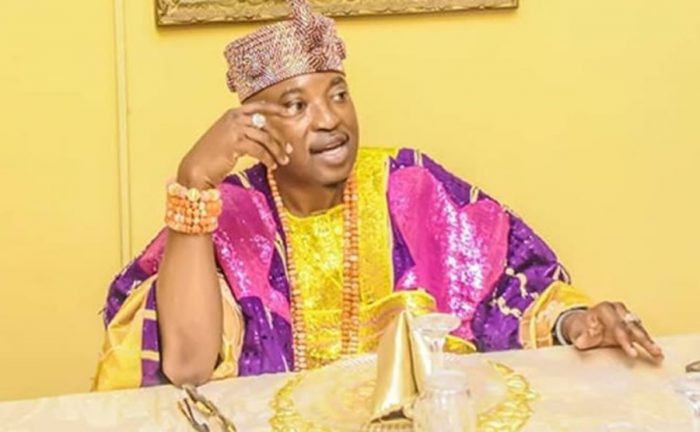 Oluwo of Iwo, Oba Akanbi: Traditional Religious Worshippers asks him for apology over his disparaging comments against their deities.

Traditional Religious Worshippers Association(TRWASO) in Osun on Tuesday asked Oluwo of Iwoland, Oba Abdulrasheed Akanbi, to to tender public apology to members of the association for always making disparaging comments against their deities.

Atanda, however, on behalf of the worshippers, also asked the Osun State Government to caution the Oluwo for always speaking against their deities.

He said the association would embark on a peaceful protest on Nov. 31 for removal of the traditional ruler, if he refused to tender the apology.

Atanda said: “Our association is known to respect, honour and work closely with the traditional rulers, more than any other group of people in the society.

”But, we have no other choice than to come out publicly to call for the orderly manner of the Oluwo because of his actions.

“His installation as Oba ought to be advantageous to Iwo and the entire Yorubaland.

“We, therefore, requested that Oba Akandi tender public apology for his unguarded utterances against our ‘Orisa’ and desist from causing religious crisis in the state,” he said.

According to him, the traditional ruler has been conducting himself in a manner that could cause breach of peace in the state.

Akanbi also called on the Ministry of Chieftancy Affairs to call the traditional ruler to order for the sake of peace.

Reacting, Mr Alli Ibrahim, the Chief Press Secretary to Oba Akanbi, the News Agency of Nigeria (NAN) that the allegation of the association was new to him.

Ali said: “It is very new to me, but I think there is only one God and in the process of promoting that God, I don’t see any crime, mistake or discussion in promoting one God.

“If anyone feel offended, I think they can go ahead with whatever they want to do.” (NAN)(www. nannews.ng
JOO/VE/GOK