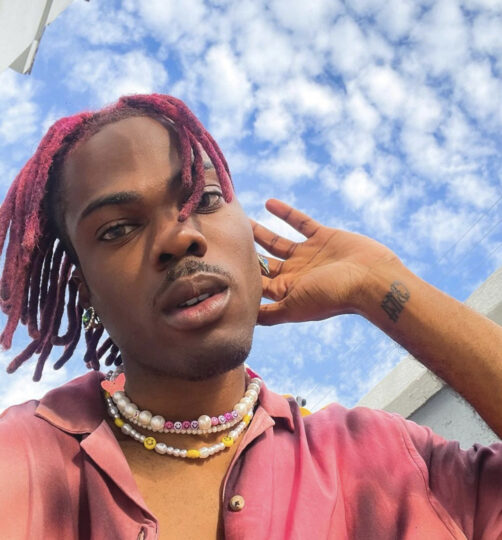 ‘Love Nwantiti’, a song by the Nigerian musician, CKay, has launched him to global ubiquity via the unstoppable reach of popular video-sharing social networking service, TikTok.

The Chinese founded TikTok has delivered a global hit for the singer.

Just over two months ago, a friend of Chukwuka Ekweani, professionally known as CKay, showed him a clip of his song ‘Love Nwantiti’ being used in a TikTok challenge that was gathering steam on the platform.

Originally released as part of his CKay The First E.P. in 2019, ‘Love Nwantiti’ established CKay as an artist to look out for as well as introduced a broader audience to his ambient take on afrobeats known as emo-afrobeats.

It starts on TikTok

A few weeks after CKay’s friend showed him his song being used on TikTok, the song went viral on the platform, catapulting CKay to global fame via a series of challenges and do-overs that reflected the calm aura of ‘Love Nwantiti’.

This acclaim has been a long time coming for CKay.

Born and raised in Kaduna, northern Nigeria, CKay moved to Lagos in 2015 where he began working closely with respected Nigerian rapper, M.I. Abaga.

He eventually signed with a legendary Nigerian label, Chocolate City.

In the years since coming to fame, he has released three E.P.s and collaborated with a number of Nigerian stars while solidifying his position as a talent to look out for.

He began 2021 with the Boyfriend E.P., a crystallisation of his breezy style of Afrobeats that won acclaim and made him a household name.

Further success was down the road when later that year ‘Love Nwantiti’, a track that was briefly the most-Shazamed song in the world ahead of hit songs by Justin Bieber and Kid Laroi, went viral.

True to the title of the song, “Love Nwantiti” has received the strongest love and garnered international attention from its use by creators like Tracy Joseph and Mooya Musunga as well as notable celebrities including Banky W and Don Jazzy. To date, it has received more than 136M views as well as over 50K video creations.

CKay said: “Big shout to TikTok and all the TikTokers around the world who are showing love to ‘Love Nwantiti’.

“It’s crazy to see people from all walks of life expressing themselves with this song. From dancing to cooking, travelling, fashion, and make-up – it’s really the best thing ever,” he added.