Leaked sex video: How Tiwa Savage got her groove back 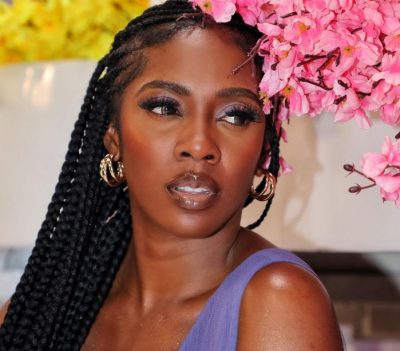 Tiwa Savage is, indeed, a comeback queen. When it seems her music career has taken a nosedive due to some infractions on her part, she bounces back stronger, ready to take on the world.

And she has many times proved to be the proverbial cat with nine lives.

Proverbial cat with nine lives? Certainly. The Isale-Eko born, British-trained artiste has been under fire recently over a leaked sex video involving her and her boyfriend. And many thought her career had taken a nosedive. However, rather than capitulate, she has upped her ante.

Since the day the sex video leaked, eliciting a backlash, she has been a regular face in one event or the other and has continued promoting her latest work “Somebody Son, which features American R&B artiste, Brandy. She has constantly been posting videos of the challenge on her Instagram handle.

Not done yet, she has also taken to Instagram to post some beautiful pictures and a video of her partying alongside her friends on a yacht with the caption: “Mood: 6 months vacation, twice a year

Savage is, indeed, over the moon in spite of the backlash, and smiling to the bank. The video of “Somebody’s Son”, has got more than eight million views on YouTube and still counting.

The video for MzVee’s latest smash hit ‘Coming Home’ featuring Savage has also got more than one million views on YouTube, barely a month after it was premiered on 7 October.

Still, many believe the sudden rise in the views were the gains of the sex video which, according to them,  she herself released in order to promote her music. However, Savage had earlier revealed in an interview with American OAP, Angie Martinez of New York’s Power 105.1 FM that she was being threatened by a blackmailer.   Perhaps that was her saving grace.

The question then is:  How did Savage got her groove back? Though Savage was scurrilously attacked over the sex video, she did not allow it get the better of her. She took the backlash on her stride and controlled the narrative right from the outset by coming out and calling the blackmailer’s bluff.

She also went on with her life, as if nothing scandalous had happened. Even in the heat of the scandal, she took to Instagram to flaunt her Patek Phillippe wristwatch that reportedly cost her N79million.

“I decided I was not going to pay the person because if I do, two months from now, three months down the line or even two years later, you are going to come back again.

“Who knows, if I send the money, the person will probably release it. I am not going to let anyone blackmail me for doing something natural.

“No part of me wants to pay the person. That is what is getting me angry. If you want to put it out, put it out. I am that crazy that I can put it out myself. You are not making any money from me. This was an intimate moment with someone I am dating, ” she said, talking tough.

Still, this is not the first time Savage had bounced back. When her three year marriage with her former manager Tunji Tee Billz Balogun crashed in 2016, after having tied the knot three years before over allegations of adultery, many thought her music career had crashed; what with she and her estranged husband fighting dirty on social media.

But that same year she bounced back, signing a management deal and publishing deal with Roc Nation; making her the first Nigerian artist to be signed to the label.

She later went on in 2018 to headline a concert at The O2’s Indigo venue and win Best African Act at the 2018 MTV Europe Music Awards, becoming the first woman to win that category.

That same year, on 2 May 2019, Universal Music Group signed her to a seven-year publishing and distribution deal. She also released “49-99”, her first single with Motown Records.