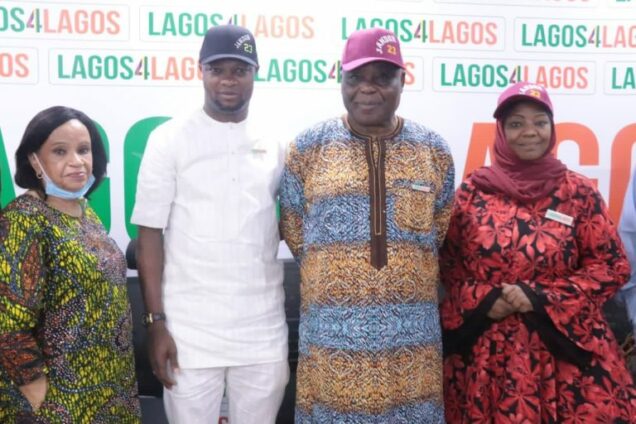 A high-powered delegation of the Peoples Democratic Party (PDP) has visited the Ikeja Secretariat of the “Lagos4Lagos Movement”, an aggrieved group within Lagos APC, lobbying the group to join the main opposition party.

Mr Kazeem Bakare, the spokesman for the aggrieved APC group, in a statement on Monday, said that the visit was in continuation of PDP’s consultation with critical stakeholders across Nigeria following the success of its recently held national convention.

Bakare revealed that the delegation was led by Chief Raymond Dokpesi, a PDP Board of Trustees” (BOT) member and Chairman of Daar Communications Plc.

The spokesman said that Dokpesi extended an invitation to the Lead Visioner of Lagos4Lagos Movement, Dr Olajide Adediran (popularly known as Jandor), to join the PDP fold ahead of the 2023 elections.

Bakare quoted Dokpesi as acknowledging the years of hard work of Lagos4lagos Movement in Lagos State.

According to him, Dokpesi noted that no political party will ignore the “Jandor” as a brand that was garnered over the years.

Bakare quoted Dokpesi as saying that the time has come for the desired change in Lagos State.

In his response, Adediran appreciated the delegation for believing in the ‘can do ability’ of the movement.

The spokesman said that Adediran told the delegation that his group would take a critical look at their invitation, inform all Lagos4lagos structures across the 245 wards in the state and revert accordingly.

The division in Lagos APC took a new turn when several aggrieved groups within the party conducted parallel congresses during the ruling party’s ward, local government and state congresses.