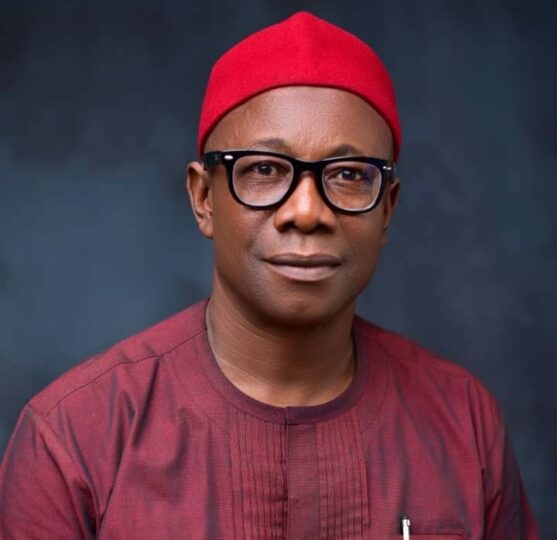 He defeated Ozigbo who came second in the election.

However, Okoli who endorsed Ozigbo of PDP just before the election said he was happy the election went without security threat and that he had no personal issues with the winner, Prof. Soludo as he considered him eminently qualified for the job.

But he expressed worry over the voter apathy at the election saying that only about 10 per cent of the total registered voters in the state took part.

Okoli, a former chairman of Nnewi South local government council, said that the election was characterised by the imperfect application of the Bimodal Voter Authentication System (BVAS) and poor deployment of electoral officials and materials at polling units.

“In Umunnaga Hall voting centre in Ukpor Ward 4 where I voted, we have four polling units with over 3,000 registered voters. We did not see electoral officials and materials on Saturday, so nobody voted.

“We expected that they will make it up on Tuesday, but they only went to Ihiala. I don’t have any personal issue with Soludo, he is qualified; my concern is with the All Progressives Grand Alliance (APGA), my conscience would not judge me fairly if I supported the party.

“What is important is the development, good governance and peace in Anambra. I saw in Ozigbo a man that can change the narrative of Anambra, so I have no regret supporting him in this election,” he said.

Okoli popularly called ‘Ozioma Nnewi’ said he was retiring from partisan politics and will spend the rest of his time speaking against bad leadership and injustice to his people.

He urged Soludo to see his victory as a challenge to change the leadership challenges in the state, adding that expectations on him were high.

“Like I said before the election, I am going into voluntary retirement from politics and that is exactly what I have done.

“Ozigbo is still young and the future is promising, he remains the leader Anambra is waiting for.

“I will devote the rest of my life to speaking for the wellbeing of my people of Anambra and Southeast and against the injustice against them,” he said.

Soludo, a renowned economist was declared winner of the election with 112,229 votes by the Independent National Electoral Commission (INEC) followed by Ozigbo of PDP who scored 53,807 votes.