Soludo reacts to victory: 'I will be chief servant of Anambra people' 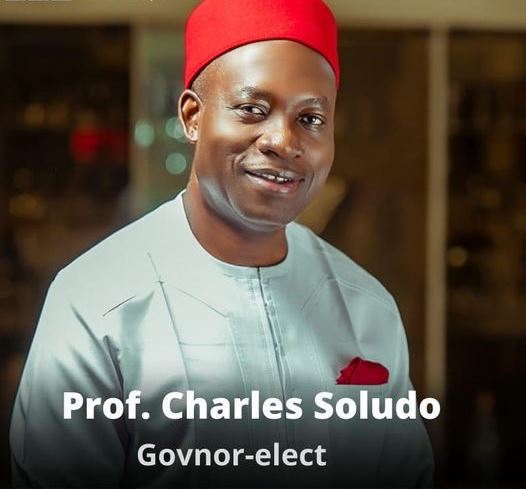 Prof. Charles Soludo, Governorship candidate of the All Progressive Grand Alliance, APGA, has reacted to his victory at the poll.

In his acceptance speech few minutes after he was declared winner of the election by the Independent National Electoral Commission, INEC, early Wednesday, Soludo said he would be the chief servant of all Anambra people.

He said he accepted the outcome of the election and his emergency as governor-elect of Anambra State.

“I accept the outcome of the election. To God be the glory. We are humbled by massive support of Nigerians and the whole country.

“I will work hard everyday and I will never disappoint you,” he said, while Commiserate with those who died in the course of the poll.

“We are one, I extend hand of fellowship to you, let us come together to build Anambra. Let us keep the spirit of Anambra flying.

“My role will be that of a chief servant, I will work everyday with you. I will work in collaboration with other states and the Federal Government,” he said.