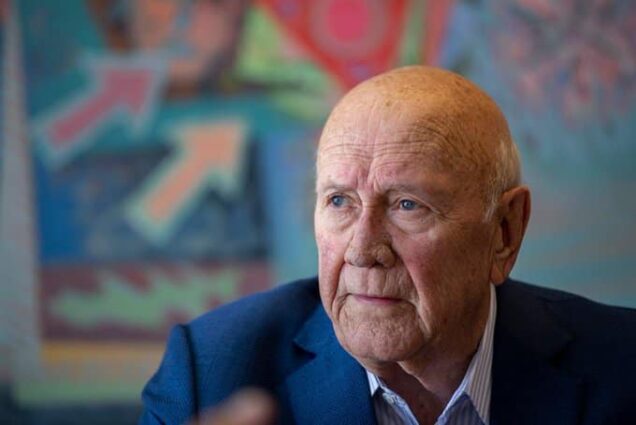 His death, linked with cancer was announced today by his foundation.

‘Former President FW de Klerk died peacefully at his home in Fresnaye earlier this morning following his struggle against mesothelioma cancer,’ the statement from his foundation said.

“He is survived by his wife Elita, his children Jan and Susan and his grandchildren.

“The family will, in due course, make an announcement regarding funeral arrangements.”

He also negotiated the shape of democratic South Africa, where majority Africans took over power.