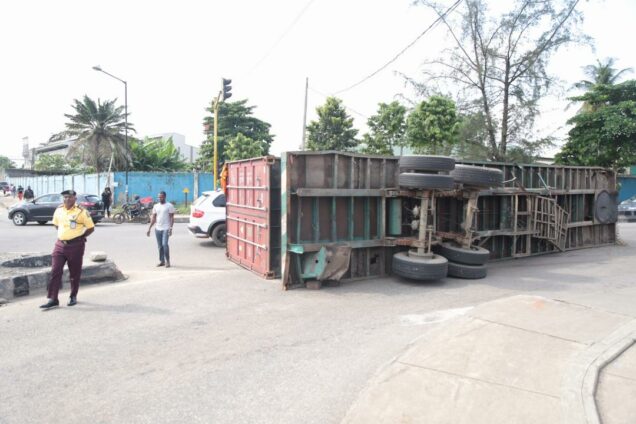 Scene of the accident at Wempco Road, Ogba

Traffic has been disrupted at Wempco road, Ogba-Omole axis area of Lagos following an accident that occurred in the early hours of Thursday around 5 am.

The lone accident according to LASTMA officials involved an articulated vehicle that was conveying a container to an undisclosed location.

The accident caused by the container which fell in the middle of the road has since caused terrible traffic gridlock in the area.

LASTMA operatives have been deployed to the area to ease the movement of motorists.

According to information gathered by PMNews correspondent, after the container fell from the articulated vehicle, the driver made way with the other part of the truck.

All efforts are being made by the Lagos State Emergency Management Agency (LASEMA) to evacuate the container.

No life was lost in the accident.