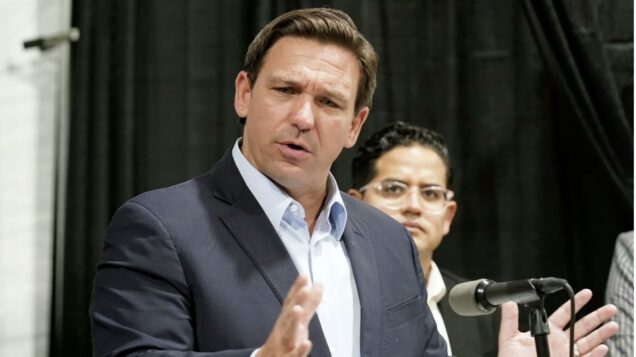 DeSantis also threatened legal action after his administration stated that the federal government flew migrants from the US-Mexico border to his state.

He admitted however that legal action may be limited due to the powers of the federal authorities over airspace.

After going public with the claim this weekend, Republican DeSantis said during a news conference on Wednesday that his office is looking into all legal options.

“We’re going to get together and figure out what we can do in the immediate term to protect folks in Florida,” DeSantis said.

However, he figured that “if they’re not doing that, then clearly the state should be able to come in and provide protections, and so that’s what we’re going to be looking to do.”

“If they’re going to come here, we’ll provide buses. […] I will send them to Delaware. If he’s not gonna support the border being secure, then he should be able to have everyone there.”

According to The New York Post, DeSantis’ press secretary, Christina Pushaw, admitted that while the governor’s mention of Delaware was a joke about Biden’s home state, his plan to deport the migrants from his own state is serious.

“To the extent that the federal government is paying for them to go all over the country and resettling them in Jacksonville, would it be against the law for us to send them somewhere else? … That’s something that I think we would want to look into,” Pushaw is quoted as saying.

Pushaw reportedly said that she would not be surprised if legislation to address the issue is offered during the Florida Legislature’s next regular session.

Reported by Sputnik via NAN