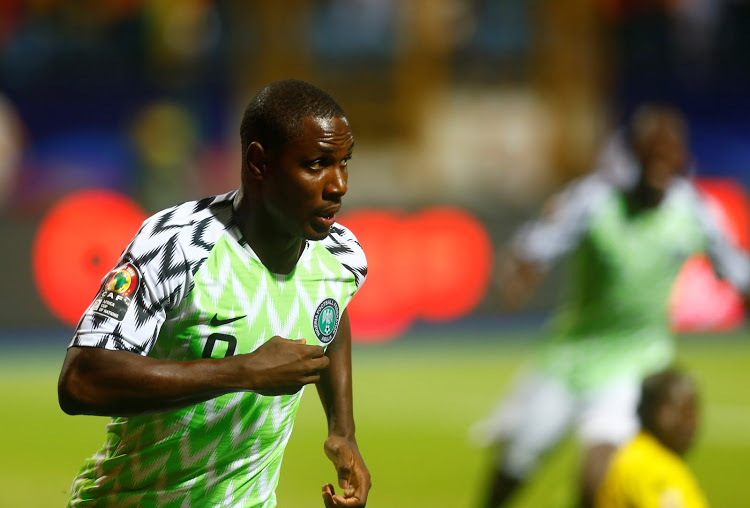 Ighalo, who arrived at the camp on Thursday, expressed delight at his return.

“I am happy to be back. It has been long. Two years plus. Good to see some of the guys.

“I have seen Ekong, my strong man, hopefully, I will see the other guys,” the Ighalo told NFF TV.

Saudi club Al Shabab striker retired from the Nigerian senior national football team after helping the Super Eagles to a third-place finish at the 2019 AFCON in Egypt where he emerged as the top scorer.

Ighalo is currently having a good form in Saudi Arabia where he plays for Al Shabab.

Nigeria, with nine points need all three points from the encounter with the Lone Star to stay in contention for the knockout phase of the World Cup qualifiers, set for March 2022.

Only the group winners will proceed to the knockout phase that will be a home-and-away exercise to produce Africa’s five flagbearers in Qatar.

Cape Verde’s Blue Sharks, who host Central African Republic in Mindelo on Saturday, have seven points and will be hoping the Super Eagles stumble in North Africa.

However, the Super Eagles have scaled the hurdle in their last three major qualifying campaigns with matches to spare, and are confident they could reach the knockout round before the final day of the qualifiers by beating Liberia, and hoping Cape Verde are unhinged on home soil by the Beasts.

Nigeria reached the 2018 FIFA World Cup finals with a match to spare; a feat repeated in the qualifying series for the 2019 AFCON. For the 2021 AFCON in Cameroon, the Super Eagles qualified with two matches to spare.

The Lone Star, bottom of Group C of the African series with three points, have a very remote chance of qualifying even though they play their final two matches at ‘home’ in Tangier.

Tangier is the venue they opted for as home ground after CAF ruled that there is no venue in the whole of Liberia fit and proper to host international matches.

But the Super Eagles have a home game against second-placed Cape Verde in Lagos on Tuesday next week.

After the session with the three-time African champions, the Lone Star will remain in Tangier for their final game of the campaign, against the Wild Beasts of Central African Republic, also on Tuesday next week.

Cape Verde’s Blue Sharks, with seven points, are at home to the Beasts on the island of Mindelo, hoping to garner another three points that could make the final Group C encounter with Nigeria in Lagos a cliff-hanger.