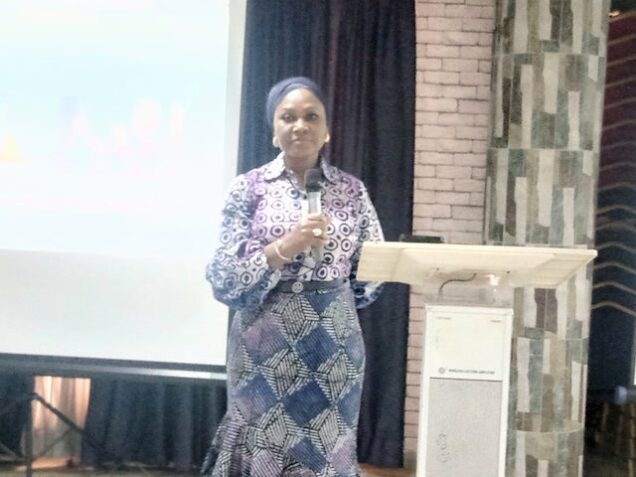 The workshops opened on Tuesday with a two-day training session for top echelons of the administrative system, including officials on grade levels 15-17.

It was divided into segments, designed to have capacity sessions on effective communication, leadership qualities and strategies, among others.

The officials who fall within the director cadre of the Unified Local Government Service were to be taken through courses bordering on ‘Strategic Leadership’ which forms the theme of the workshop, facilitated by the State’s Local Government Establishments Training and Pension Office.

The Permanent Secretary, Local Government Establishments, Training and Pension Office, Mrs Kikelomo Bolarinwa said the one-month training would be split to accommodate all cadres for the strategic training.

“This is the first training, I must say the Unified Local Governments would be enjoying this year and the first set of trainees are directors on grade levels 15-17,” she said.

According to her, the reason for the THEME “Strategic Leadership”, was chosen “because these (directors) set of employees are strategic managers in their respective Local Governments, and so they need to be equipped with the skills that are needed for leaders in charge of strategies.

“They need to have the right attitude so that they can help the Government to translate its dream into reality,” she said.

She said that the training is strategic to fulfilling the THEMES agenda of the Governor Babajide Sanwo-Olu led Administration.

Describing the directors as engine rooms who would translate the policies and promises of political heads to reality, she said: “They must have those skills and these training are intended to equip them with all they need to achieve the policy thrust of their various local governments.”

She stated that adequate representation from the 57 LGAs/LCDAs was ensured for broad engagement towards the end of helping the political appointees achieve their goals of offices.

On the expected outcome, she said: “At the end of the day, we expect participants to go away with those skills that we have mentioned. We will expect that they would have been well equipped with those skills to function as strategists in their various LGs.”

The Chairman, Local Government Service Commission, Hon. Kamal Bayewu, taking a course to the maxim, “when you don’t train them, you don’t blame them,” called on the participants to optimise the benefits of the training, while productively utilising the same to give back to the State and the various LGAs.

Commending Governor Babajide Sanwo-Olu for the political will and support demonstrated towards the programme, he assured more of such training would be sustained to revitalise the system.

In efforts towards boosting efficiency, he said continuous interaction, training, monitoring, have been put in place to facilitate the efficiency and effectiveness of the local government system in the State.

“We want to start from the Directors up to the last cadre of our staff in the local government system.

“We expect that whatever they have learnt from here must reflect in what they are doing,” he said.

Disclosing that about 8,600 staff have been promoted recently as an encouragement to boost motivation for efficiency, he said those falling apart from standards would face disciplinary measures to put them on their toes.

“We are not going to have anybody been delayed unnecessarily to get their promotion as at when due. There is no how you want to have those you want to promote that you would not have at the same time, those you have to warn or to make fall in line if they are falling out of standards. For those that are having so many infractions, we would discipline them.”

A participant, Mrs Adebanji Sonati, commended the training. She said it would enhance productivity, vision and planning.

“This will impact greatly on us and to ensure that we transform our various Local Governments to the 21st Century standards that Lagos is heading towards,” she said.