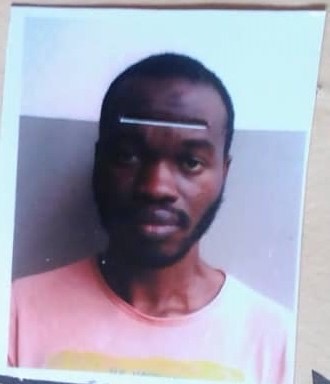 The police at the Area ‘B’ Command, Apapa, Lagos have arrested a suspected fraudster, Tope Olanipekun, 30, for allegedly obtaining N5.4 million from a businessman, Gbadebo Abayomi under false pretence.

Olanipekun, a resident of Peace Estate, Zone 1, Maya Ajegunle, Ikorodu, Lagos was charged before the Apapa Magistrate’s Court on a two-count charge of obtaining money under false pretence and stealing.

Police alleged that trouble started for Olanipekun when he approached the complainant to lend him the N5.4m to invest in an online forex transactions with the promise to refund the money to him within two weeks.

The complainant, according to the police, believed the defendant and lent him the money on trust unknown to him that he was a suspected fraudster.

Police alleged that after Olanipekun collected the money from the complainant, he converted the money to his use, escaped and switched off his phone.

Following the development, the complainant petitioned the Assistant Commissioner of Police, ACP in Charge of Area ‘B’ Command, Apapa, Lagos,  who directed his men led by Inspector Elijah Isoh to fish out the suspect and the police arrested him at a hideout in Lagos.

Police counsel, Adega Tyonyiman informed the court in the charge marked P/4/2021 that the defendant committed the offence in March 2021, Apapa, Lagos.

Tyonyiman told the court that the defendant deceived the complainant and collected the N5.4m from him for non-existent business transactions and converted the money to his use.

He said the offences committed were punishable under sections 314 (3) and 287 of the command law of Lagos State, 2015.

The defendant, however, pleaded not guilty to the charges and Chief Magistrate, A.O. Olorunfemi granted him bail in the sum of 500,000 with two sureties in like sum.

Olorunfemi adjourned the case till 17 November, 2021 for mention.